Out of order: World Famous Pee Phone, others, face a future without quarters, whiskey 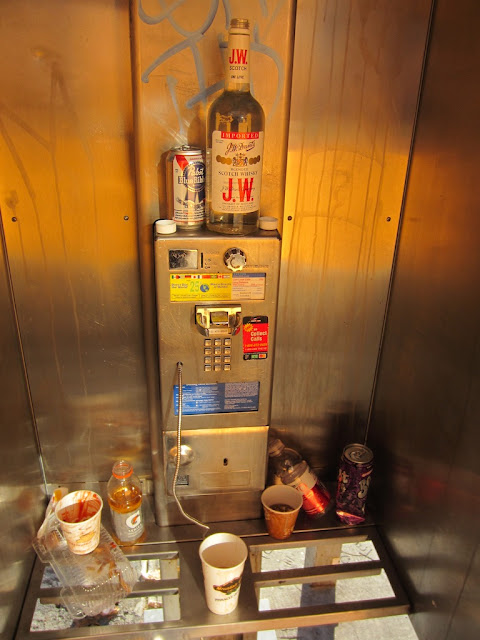 Well, to no surprise, it appears the end is nearish for the World Famous Pee Phone (above) on Avenue A at Seventh Street and other pay phones in the neighborhood. According to the Post today, the city is ready to welcome the next generation of pay phones:

New Yorkers stuck with a battery-drained iPad or BlackBerry will soon be able to turn to the city’s newest “pay phones” — computer kiosks that let users buy access to the Web, e-mail and various apps.

The Jetsons-style setup — dubbed MIKE, or My Internet Kiosk Everywhere — will soon replace every single antiquated pay phone throughout the city, The Post has learned.

The Post reports that workers will install 100 MIKE systems (MIKE? Really?) around the city, starting at Penn Station.

Thanks Verizon. Now where are people supposed to hang their dry cleaning? 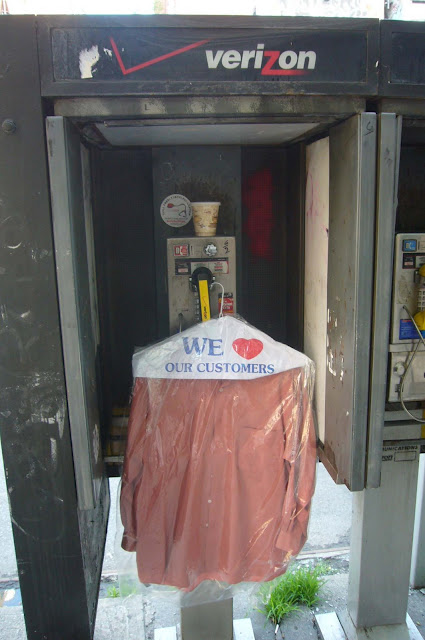 That top shot is a classic!

I thought the first photo was of Ke$ha's bedroom. It's a phone!