From illegal hostel to residential at 27 E. Seventh St. 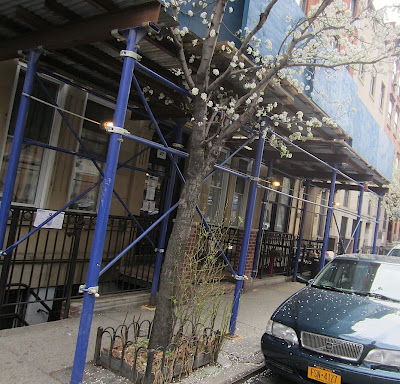 Back in April 2010, the city shuttered The Village Inn, the hostel that had been operating at 27 E. Seventh St. near Cooper Square. 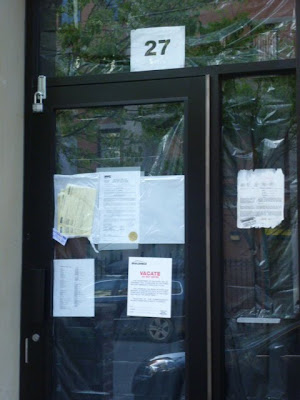 The city said that there were illegal hotel rooms in the residential building. The Inn's owners said differently.

In any event, in August 2010, the building hit the market for $6.85 million. Per the listing, "There are many possibilities for this structurally sound and restored building ... [it] would be perfect to house a non-profit organization, but could also be converted to floor-through condos, a rental building or a spacious single-family home."

The other day, we noticed the arrival of a sidewalk shed out front (photo at top) ... and via the DOB, we learned that there are plans on file for an "interior gut rehab" with a change in use from a commercial facility to residential.

We're not sure of the condition of the building. However, here are two interior shots from the August 2010 sales listing... Before becoming The Village Inn, the building served as a rectory for the pastor and priests of the Order of Saint Basil the Great ... 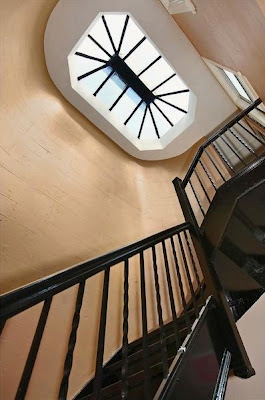 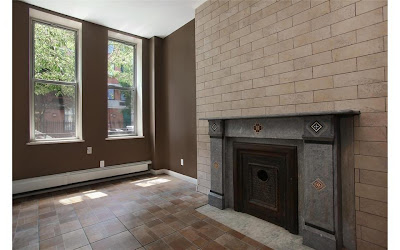 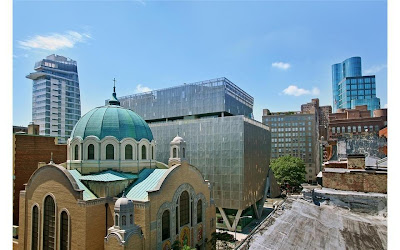 The address apparently started life as a hostel back in February 2008, as Down By the Hipster noted. As of March 2011, the building was going for $5.9 million, and then Douglas Elliman removed the listing, according to Streeteasy. 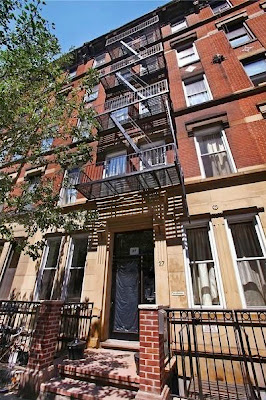 Per DOB documents, developer Jay Wartski remains the building's owner. The Observer has described Wartski as an "accused slumlord and shady hotel mogul."

Previously on EV Grieve:
The Village Inn hostel on Seventh Street closed by city
Posted by Grieve at 6:50 AM

If I were rich I would buy this in a heartbeat, and then roll out of bed every day to get breakfast at the Stage.