Reverend Jen's Anti-Slam is back; starts tonight at the Pyramid 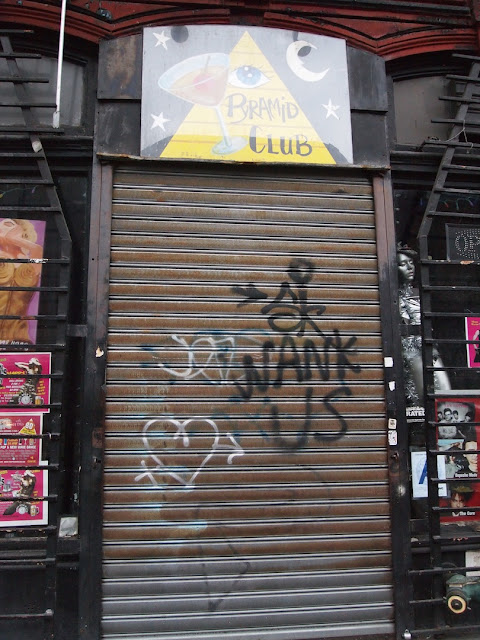 Starting tonight, Rev. Jen's Anti-Slam will be holding forth at the Pyramid Club at 101 Avenue from 7-9:30 (followed later by the BritPop/New Wave night).

After evil developers bulldozed the Anti-Slam's first home, Collective: Unconscious (where it was held for nine years), things haven't been easy on the little open mic that could. It has moved to a theater that closed, to several different bars, to a hair salon (for 2 nights) and finally to Bowery Poetry Club, which closed this summer for renovations. Now after a five-month hiatus, the Anti-Slam is back and it's staying downtown!

For over 16 years, the Anti-Slam has continually provided audiences with some of the best entertainment the city has to offer. Pros and amateurs alike share the stage, and both are given equal respect and a place to try out new things. Each performer gets 6 minutes of stage time and a perfect "score" of 10. Everything is welcome – comedy, poetry, music, interpretive dance, primal scream therapy, prose, genius and stupidity. It is truly the home of the visionary, downtrodden and tired. As always NYC's only "It Elf" Reverend Jen hosts. 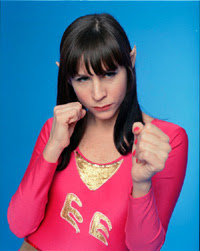 On this occasion, we asked Reverend Jen a few questions ...

"We haven't let gentrification stop us from being a vibrant community. It's been tougher to find venues, but in the past year, we have seen the birth of ASS Studios (Art Star Scene Studios) the most underfunded motion picture studio in history, the Assdance Film Festival and Faceboyz Folliez,which celebrates its one-year anniversary this Saturday at Bar 82.

"The only changes to the latest incarnation of the Anti-Slam are the day of the week it falls on (Thursday instead of Wednesday) and the fact that it's only two-and-a-half hours long instead of 5 or 6. Nothing will ever replace the old Collective (which, by the way, is still an empty lot) but the spirit of mad eccentricity and creativity is still alive. Everyone will still get a 10."

On returning from "retirement":

"Taking a break from the Anti-Slam is a necessity every once in a while. Promoting my book 'Elf Girl' while also making movies, working a day job, writing a screenplay, making paintings and finishing two other books exhausted me.

"Then the Bowery Poetry Club closed and I took it as a sign from the universe. I was planning on continuing the break when someone from Pyramid contacted me so I thought why not. Like post-"Glitter" Mariah Carey, I will likely be hospitalized for exhaustion. But I miss everyone so it'll be worth it."

[Photo via RevJen.com]
Posted by Grieve at 6:30 AM

You go Rev Jen! I had the honor of serving as an extra and then minor role in an episode of Electra Elf filmed with Nick Zedd at Collective Unconscious. I think it was about alien frat boys who drugg3d and r@ped someone at a frat party, and then we drugg3d and r@ped them all back? Anyway there was no difference between the party "scene" we created and a real party, Jen & Nick got us all a SH*TLOAD of beer and we partied and danced for several hours to give the scene "validity." This was when I had a 79 Camaro and parking was a breeze so I would drive everywhere. It was a f*cking blast and when we finally wrapped I offered to drive a bunch of guys home to Chelsea, I remember blasting the radio and continuing the party in the car, then I accidentally turned the WRONG way onto 8th avenue traffic but luckily there were no casualties and the episode came out great.
Long Live Rev Jen and remember, don't drink and drive, kiddies!!!
: )