On Monday, workers hauled away Sonni's Boom Box and the other the construction crates from East Fourth Street and the Bowery commissioned through FABnyc's ArtUp program ... We knew that the painted crates would be used at another construction site... just didn't realize that it would be so close... they're now on East Second Street and East Houston ... at the scene of the Houston Street Corridor Reconstruction ... 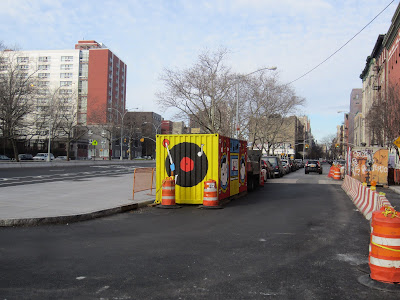 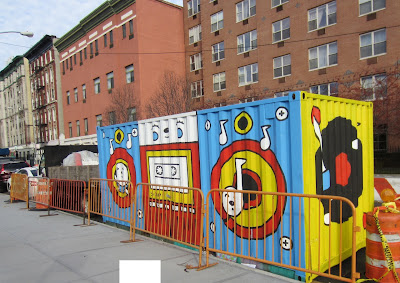 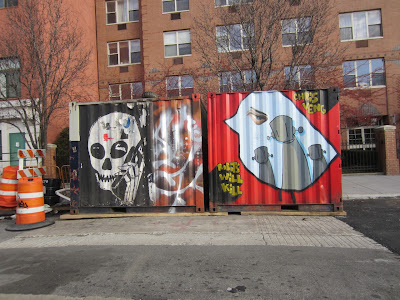