What John Legend got for his home off the Bowery 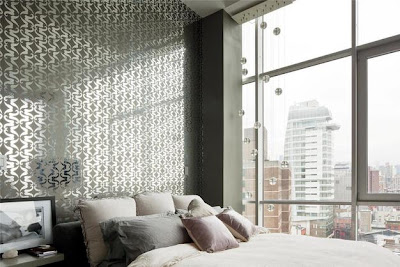 Well, we might as well bring this story to some closure... brokers listed John Legend's condo at 52E4 — the 15 stories of condo on the Bowery and East Fourth Street — back in September 2011. The price for the Grammy winner's two-bedroom home started at $2.95 million — but two markdowns (5 percent total!) brought it to $2.795 million.

According to public records filed on Dec. 11, the final selling price was $2.675 million. (The buyer is apparently a CFO with a global innovation firm. Unless it's a different person with the same name as the buyer...)

Per the records, Legend paid $1.9 million for the place in November 2009. But! Per Curbed, he hired Winka Dubbeldam of Archi-Tectonics to make some adjustments to the place, fancy additions that apparently added some value. Legend has since moved his Grammys to Broome Street, where there isn't a 7-Eleven on the ground level.

Previously on EV Grieve:
Because you wanted to see John Legend's half-naked model girlfriend in her Bowery home

[Image via Streeteasy]
Posted by Grieve at 6:08 AM

Did it come with John Legend's half-naked model girlfriend?

geez louise, I liked John Legend, but wtf? not rich enough? does he realize there are still many poor people who live in this neighborhood, and everytime somebody flips an apartment like this it displaces us and drives gentrification further, I don't expect most rich yuppies to care, but john legend is freaking rich enough