On second thought, 84 Third Ave. will now be 12 stories instead of 9 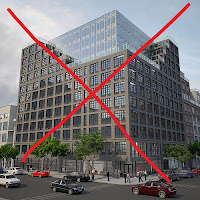 Back on Oct. 1, real-estate blogger Andrew Fine rounded up some facts and figures about the under-construction 84 Third Ave., the retail-residential combo coming to the corner of East 12th Street.

However, as Fine noted, the rendering that has made the rounds is actually 13 stories, a mere four over what the city approved. Plus! Two workers on the site told Fine that the building would be 13 stories.

Turns out the building will reach 12 stories. An EVG commenter yesterday pointed this out. And, sure enough, the DOB OK'd the additional floors, according to paperwork filed Nov. 28... 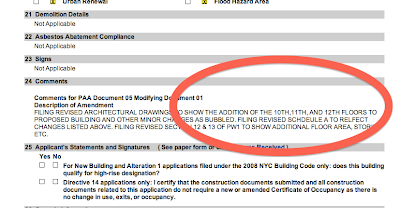 Here's what this means in square footage... 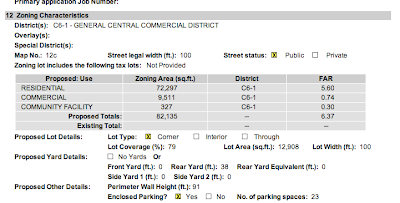 Per the DOB, the three additional floors will yield 20 more apartments.

Previously on EV Grieve:
Those persistent rumors about 74-76 Third Avenue and the future of Nevada Smiths

Strange that it says District C6-1, but according to this map it's C6-2A:

Oh what a surprise, a lying developer gets whatever he wants!

I'm confused because the picture clearly shows 12 floors and we've seen it in posts here since April.

Is the 327 feet of "community space" what they used to call a lobby? Probably some tax break for his generous communtiy spirit