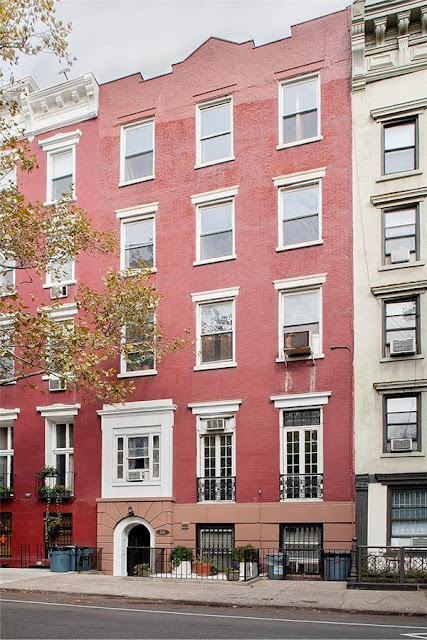 This fine townhouse at 301 E. 10th St. hit the market this week... along an equally fine block between Avenue A and Avenue B... 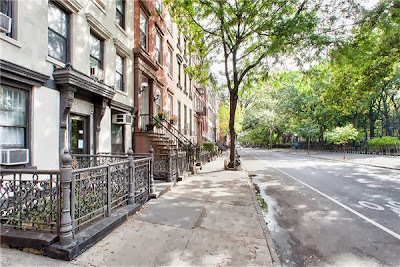 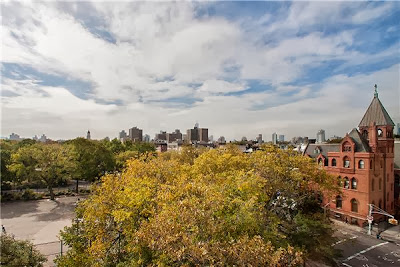 Details per the listing at Garfield:

Set in between several row houses, 301 East 10th Street was originally built in the late 19th Century by architect Joseph Trench in Italianate style as a single-family home. This property was later altered in a fine interpretation of Queen Anne style with raised ceiling heights, changed lintels, sills, and cornice into a multi-family home.

Currently configured as five, gracious floor-through units, four that can be delivered vacant. Ceiling heights range from 9’ to 13’ at Parlor level. Unobstructed, sunlit views overlooking Tompkins Square Park in front, 360 degree unobstructed Manhattan views from the roof including the Cooper Hotel, the Williamsburg Bridge, and the Freedom Tower to the South and the Empire State, Chrysler, and New York Life buildings to the North. Large, north-facing garden and terrace in rear abutting a historic carriage house on 11th street.

First public offering in over twenty-five years with endless opportunities to renovate and create a strong rent roll, create a 2,700 garden duplex or an upper duplex with fantastic roof deck. Property is currently under built by approximately 3,300 square feet. 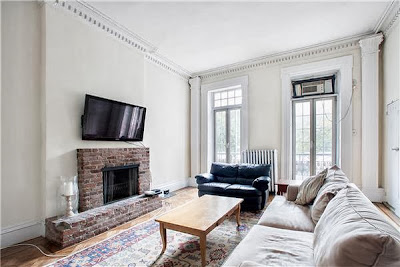 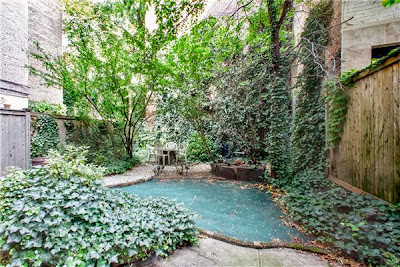 That gigantic tv over the fireplace makes the otherwise beautiful room so FUGLY.

It also illustrates well the fantastic distortion of the RE photographer's fish eye lens since we all know you can't buy TVs that shape.

As someone who has been looking at (much, much less expensive) real estate recently - because I am done living on NYU's extended campus - the aphorism is not true. Cameras can and do lie.

This seems like a nice enough house, and in a normal location where it was 1/10 the price, might be a nice project to restore and fix up. As it is it will be sold to a slumlord who will cram in college and post-college kids or a phenomenally wealthy dilettante who will spend 3 years tearing it apart and will never actually live there.

If that fireplace works, that tv is going to smoke up, and the heat is really good for the electronics, too.

Wonder if the rest of the house is as thoughtfully planned.