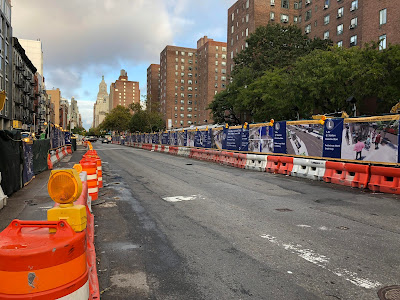 The MTA recently plastered both sides of 14th Street between Avenue A and First Avenue — the main construction zone for the L-train rehab — with banners touting the new ADA-compliant entrances on the way at Avenue A and other scenes from the incoming stations ... many of these renderings were similar to the ones unveiled in the summer of 2017. 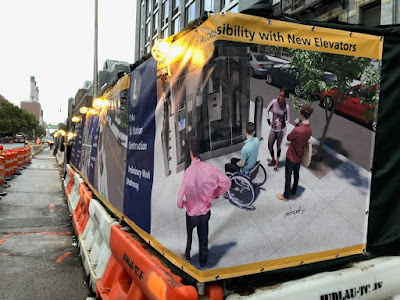 However, there are several new scenes, which EVG reader Hank's Pound of Spaghetti shared... Hank had a sensible question: Why are the scalies arguing? 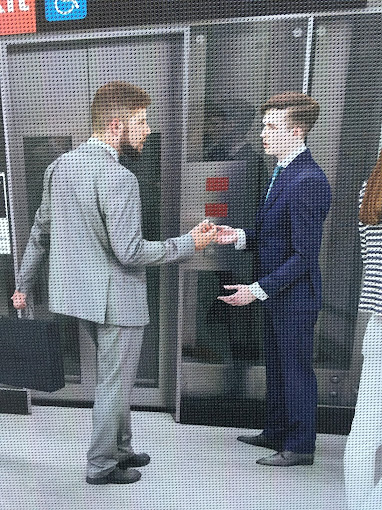 Does this indicate that life with the all-new L train still mean signal and switch problems and track fires, leading to possibly tense exchanges between commuters? Or are these roomies at EVGB upset over that drunken bocce match that got out of hand on the roof? 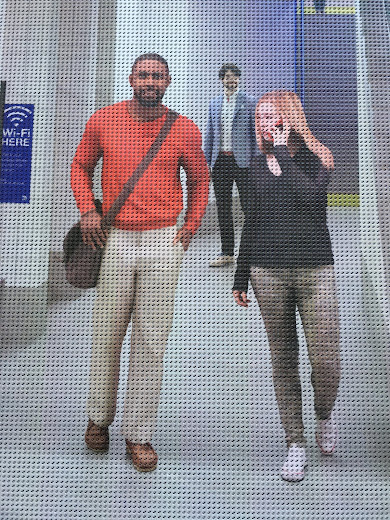 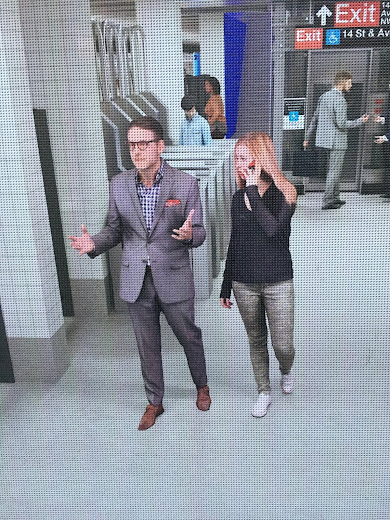 This work started in July 2017 ahead of the L-train closure between Bedford Avenue and Eighth Avenue that starts on April 27, 2019.

Nightmare scenario for residents who learn that 14th Street and Avenue A will be the main staging area for the L-train reconstruction
Posted by Grieve at 5:59 AM

Oh, that's how Leonardo DiCaprio wound up on that development ad. (I forgot which building)

No more ordinary, non-celebrity scalies please. What is the point? When it comes time for me to pitch my own shitty-looking glass-covered development, it's going to be such a happy scene full of the most famous people ever. Losers.

Anybody over 30 in the new banners? How about a realistic depiction of the demographic on 14th Street?

Oh good by the next year or two there will be nobody over 28 taking the new L train.