A vigil on Union Square for the Tree of Life synagogue 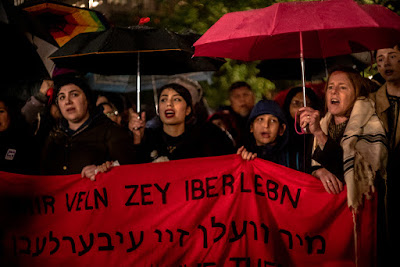 Hundreds of people gathered last evening in Union Square to mourn those killed earlier in the day at the Tree of Life synagogue in Pittsburgh.

Organizers, including Jews for Racial and Economic Justice, the Hebrew Immigrant Aid Society and IfNotNow, said that the vigil was held in part "to commit to loving and defending each other against hatred."

Attendees participated in the Havdalah ceremony, lighting braided candles and reciting additional prayers to commemorate the end of the Sabbath, as Gothamist reported. 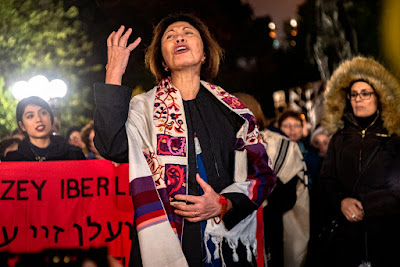 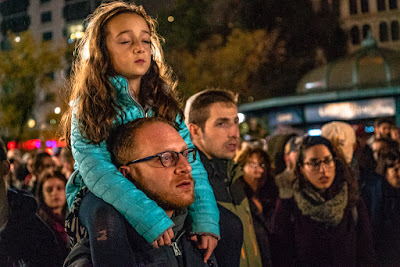 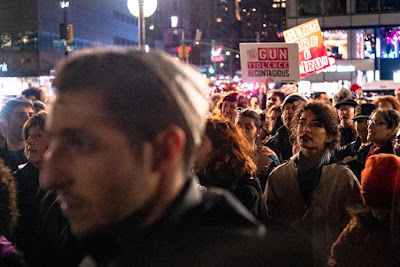 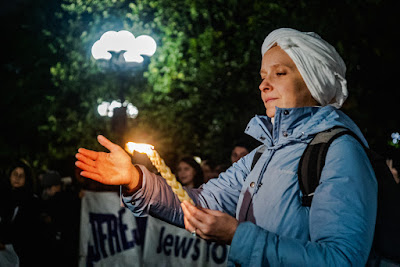 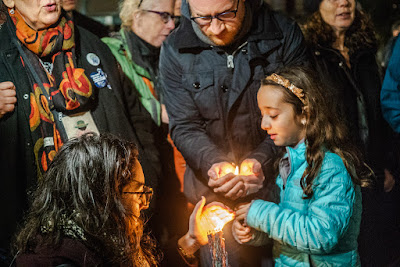 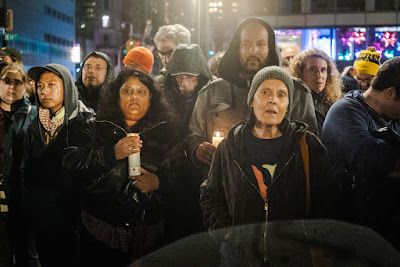 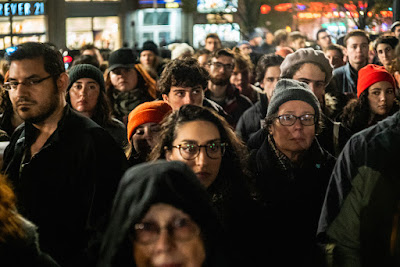 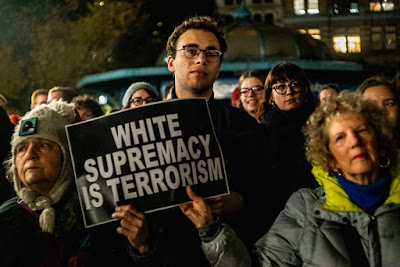 A gunman stormed the synagogue during Saturday services, killing 11 worshippers and wounding six other people before he was arrested.
Posted by Grieve at 1:07 PM

It's remarkable to witness strangers come together to take a stand against a heinous, unspeakable act of violence. The US is very divided right now. And we need to unite as a nation to heal and to accept our cultural and/or religious differences. My heart aches for the Jewish community and especially for those families involved in the massacre. I cannot even imagine what they are going through. So so sad :(

It was a very beautiful and heartwarming vigil.