Hitchcocktober movie of the week — 'Strangers on a Train' 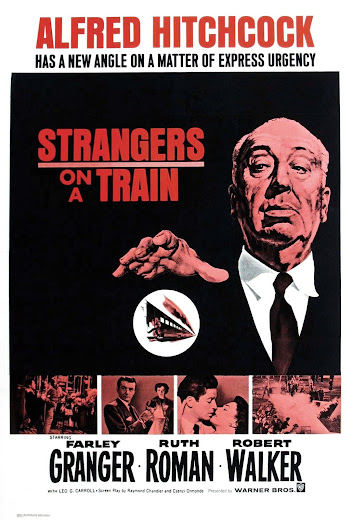 The Hitchcocktober movie of the week is... "Strangers on a Train" tomorrow (Thursday!) night at 8... at City Cinemas Village East on Second Avenue at 12th Street.

The plot, per Google:

In Alfred Hitchcock's adaptation of Patricia Highsmith's thriller, tennis star Guy Haines (Farley Granger) is enraged by his trampy [Ed. Note: Oh Google!] wife's refusal to finalize their divorce so he can wed senator's daughter Anne (Ruth Roman). He strikes up a conversation with a stranger, Bruno Anthony (Robert Walker), and unwittingly sets in motion a deadly chain of events.

Find advance ticket info here.
Posted by Grieve at 4:01 AM

Make that "Strangers on L Train", and it will be good.