Speculation watch: What's next for the Kmart space on Astor Place? 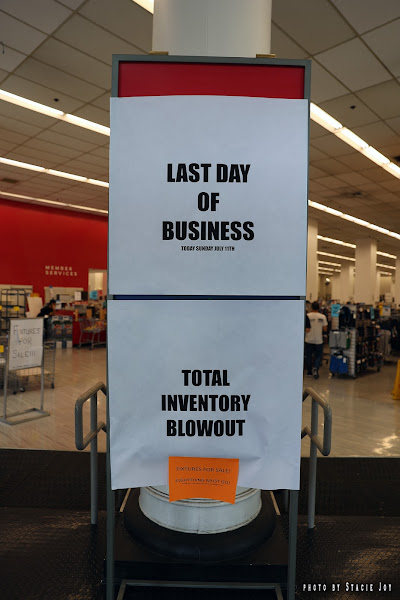 Kmart abruptly wrapped up 25 years of blue light specials this past Sunday on Astor Place, as we first reported.
Attention quickly turned to what might be next for this prime two-level retail space.
The first suspect! Facebook.
Zuck and Co. have had offices at 770 Broadway since 2014 — and in fact, they lease half of the 15-floor building. They took over Kmart's former upstairs in 2018.
Seems likely a likely takeover candidate for landlord Vornado Realty Trust.
But!
The Commercial Observer reported this yesterday:

Facebook is in no rush to expand its footprint. Only a quarter of its New York City offices currently have workers in them, and the tech company does not have plans to rent the building's lower floors that housed Kmart, a Facebook spokeswoman said. Vornado declined to comment about the future of its Astor Place site.

Otherwise, other rental candidates — via EVG commenters — included Wegmans and Target and EV Grieve's — a two-level gastropub-drinkery.
Target seems unlikely — especially if they are leasing the former Food Emporium on Union Square.
To be continued...
H/T Upper West Sider! Photo by Stacie Joy
Posted by Grieve at 4:50 AM

How about a full sized Target or Home Depot?

If I was an investor I would create a bi-level bubble tea experience.

Steven Roth (owner of Vorando) kicked them out knowing he had a tenant to replace them. We'll have to wait and see if the Wegmans rumor is true.

How about a Walmart!

Wegmans of course with your Evgrieve drinkary as a large kiosk in the front, uniformed in pink shorty shorts.

Wegmans would be a game changer for sure...

Since EV is now Midtown South, how about an Olive Garden?
Or Bowlmor (since Bowlmor has been Vongerichtified in Times Sq. and the original one at University Place has been Condoschmerified).