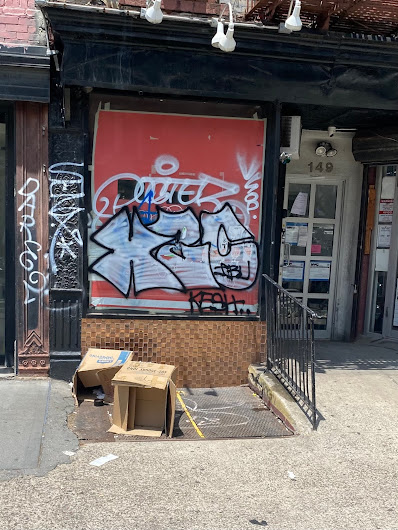 Back on June 23, we reported that restaurateurs Roni Mazumdar and Chintan Pandya of the Masalawala fame were opening a quick-serve establishment at 149 First Ave. between Ninth Street and 10th Street.
The restaurateurs, who also operate Adda and Dhamaka, apparently have big designs on fast-casual Indian food.
As the Times reports, Mazumdar and Pandya are opening two spots in the East Village.

The first of the team's fast-casual restaurants, the fried chicken-centric Rowdy Rooster, opens in August on First Avenue and Ninth Street. Mr. Pandya is studying the numerous Indian iterations of fried chicken, from pakoras to Chicken 65, a spicy snack that supposedly originated in a hotel in Chennai.

A month later comes Kebabwala, on Second Avenue and Fifth Street, which will focus on classic kebab preparations like chicken tikka and seekh kebabs.

Kebabwala will be going into 82 Second Ave., which has seen several restaurants come and go through the years, including 7 Spices and Reyna Exotic Turkish Cuisine. The owners are expecting a fall opening. 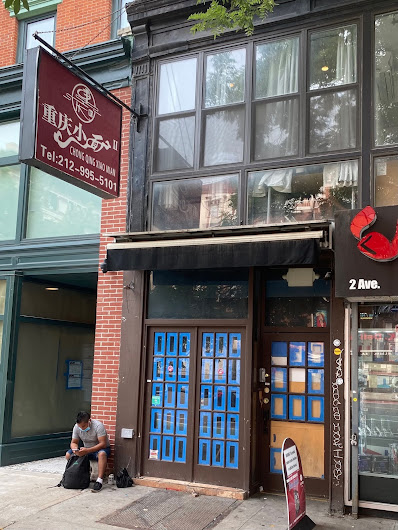 As for 149 First Avenue, which will house Rowdy Rooster, the storefront has been vacant since Afandi Grill closed after 13 months in October 2019. And several years earlier, This Little Piggy Had Roast Beef roamed the space until March 2014.
In April, Mazumdar and Pandya decided not to renew the lease for the Masalawala, bringing an end to its 10-year run just below Houston at 179 Essex St., as Eater first reported.
Photos by Steven
Posted by Grieve at 5:10 AM

Ok, so please just tell me which location I’ll need to patronize in order to to see Satyen, Mazumdar’s dad, tell my wife that he knows me very well after pretending to want to take our food back to the kitchen for not being good enough. We miss seeing him and feeling the warmth and kindness he exuded. Also, both these concepts sound meat heavy…hope there’s something substantial for a couple of veggies to eat, even an off menu chana masala would be welcome.

@bruce - per the masalwala website it seems they relocated to Brooklyn and the father is there now. The two spots opening in EV seem to be expansion small “grab and go” fast food Kathi Roll Company type spots.