Speaking out for the return of the former P.S. 64 to the community 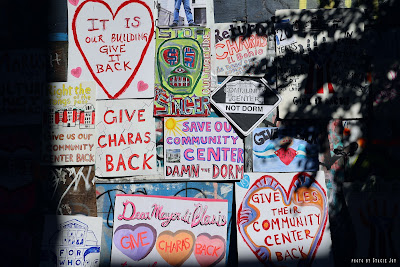 Photos by Stacie Joy
This past Saturday afternoon, local elected officials, residents and supporters commemorated the 20th anniversary of the eviction of the Charas/El Bohio Community & Cultural Center at 605 E. Ninth St. between Avenue B and Avenue C.
Several speakers, including longtime neighborhood activists and past and present elected officials, called on the city to take action to immediately "stop the destruction of the building," the former P.S. 64
Developer Gregg Singer, who bought the property from the city during an auction in 1998, has wanted to turn the building into a dorm called University Square. The DOB continues to maintain a Stop Work Order on the property.
In years past, there has been a call for the return of the building for community use. The building became the Charas/El Bohio Community Center after the school left in 1977. The group was eventually evicted in December 2001 when Singer took over as the landlord. It has sat empty these past 20 years, causing locals to be concerned about its crumbling façade.
Given this movement some hope: Mayor Bill de Blasio's statement at a Town Hall on Oct. 12, 2017, that the city would take steps to reacquire the building. According to published reports, the Mayor said he'd work to "right the wrongs of the past." Those plans have never materialized.
EVG correspondent Stacie Joy was there on Saturday... 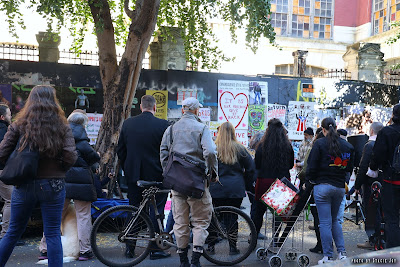 "What happened to CHARAS should never happen again, especially to an institution that served the community for so many years," said Carlos "Chino" Garcia, co-founder of Charas. "This was not just the destruction of a facility that served artists, community organizations and residents, but the total destruction of a community." 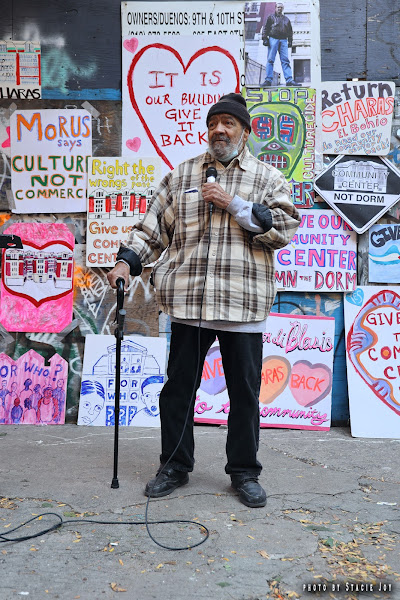 "In 2017, my neighbors and I were so thrilled when Mayor de Blasio announced he would work to help get CHARAS El Bohio back," said John Blasco, District Leader, 74th AD Part A. "Since then, we have not had any support from the administration to make this a reality. The pandemic has had a detrimental impact on programs and services for all New Yorkers. If there was ever a great time to bring back a cultural community center to Loisaida, that time is now." 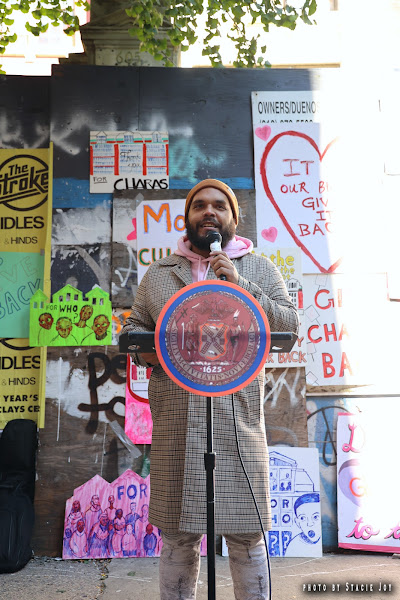 "On the 20th anniversary ... we're renewing our call to Mayor de Blasio to take action on his 2017 promise," said Assembly Member Harvey Epstein. "As someone who personally attends meetings at Charas, I know the historic and vital impact this previous cultural center has on our community. If de Blasio fails, I'll stand ready to call on the next administration to take action." 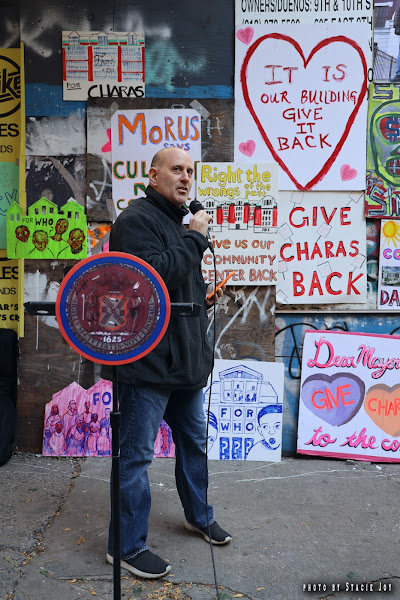 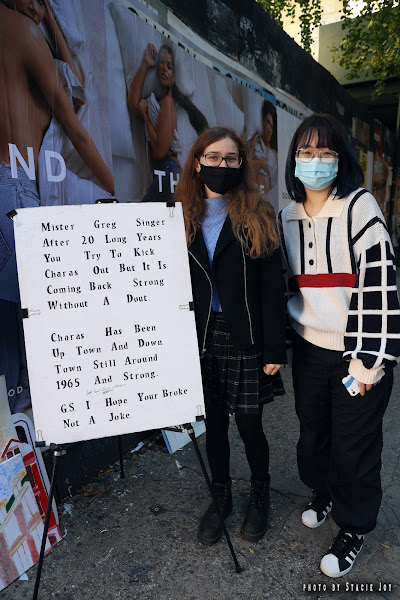 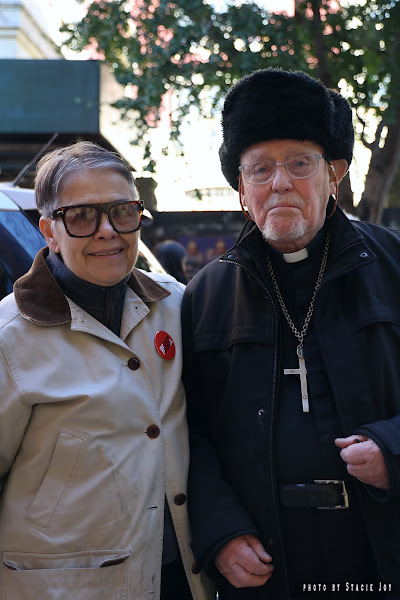 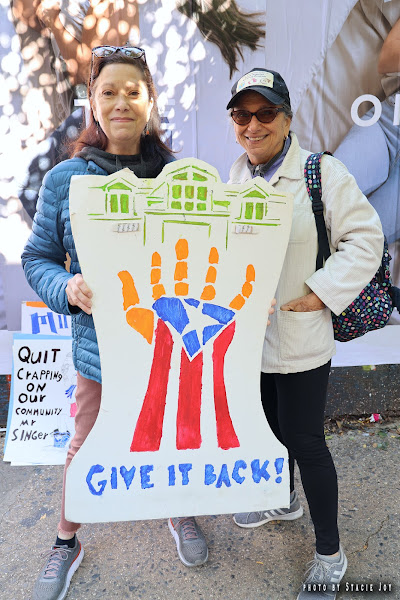 Previously on EV Grieve:
• A walk around inside the long-abandoned — and ghoulishly beautiful — P.S. 64 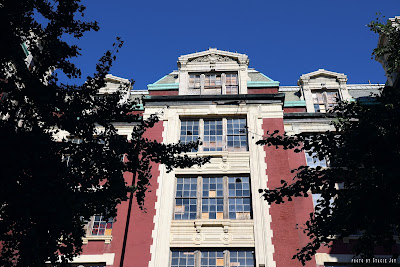 I suspect the cost to restore this building is a big factor. It’s a huge building. Does it require asbestos abatement, new heating, new plumbing & electricity, etc.? It’s been flooded for over a decade. Who would foot the bill for this? Certainly CHARAS was not an organization that could even keep the heat on. Has there ever been a fiscal & feasibility study of costs to return this to community use — and if so, would that be the best use of community funds which I suspect would total over $10,000,000.00

OMG That photo of Margarita Lopez and Father Pat is a classic. WOW Love It !!!!!

@Garrett: This is what makes Gregg #doginthemanger Singer particularly evil: he's saying, "If I can't have you, baby, nobody's gonna have you."