Photos by Stacie Joy; Q&A by EVG
Jim Andralis is an East Village-based singer-songwriter ... and trauma-focused psychotherapist in private practice — a unique combination for a unique talent.
His body of work, starting with 2016's debut, "Your Dying Wish Came True," shows Andralis as a pop craftsman, a songwriter of rare melodic gifts. Live, he has been joined by Julie Delano, Lesia Graves, Susan Hwang and Jessie Kilguss — not to mention his husband, artist-designer Larry Krone. (They opened for Bikini Kill on July 9 at Irving Plaza.)
Next Thursday (Aug. 11), Andralis plays at Rockwood Music Hall on Allen Street (it's also his birthday). His proceeds will go to the Yellowhammer Fund, which promotes reproductive justice in Alabama and the Deep South
Ahead of the show, we stopped by Andralis' East Village apartment, where we took a lot of photos of Dory, who graces the cover of his forthcoming LP, "I Can't Stop Trying," and the album's promo T-shirts. 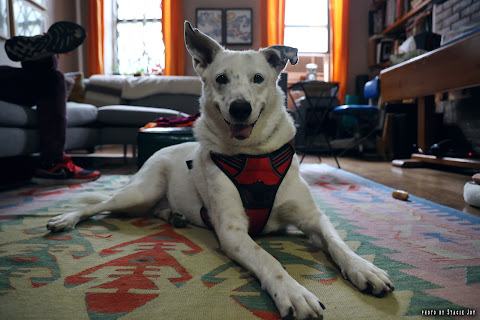 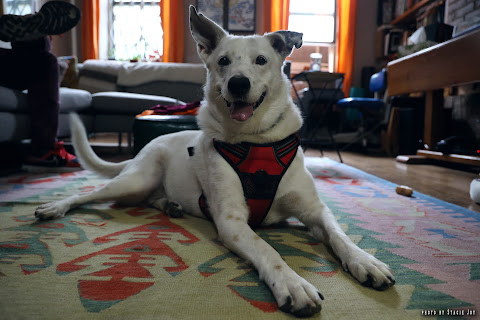 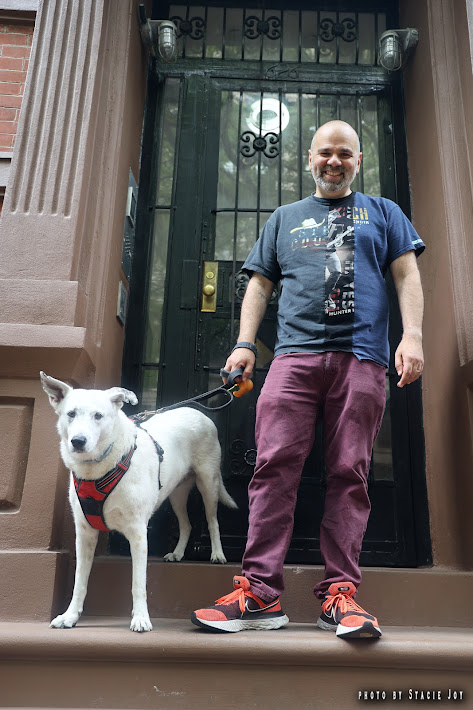 Email ThisBlogThis!Share to TwitterShare to FacebookShare to Pinterest
Labels: A visit to, Jim Andralis, Stacie Joy

Great piece about a musician and human being that I don't know in the neighborhood, but want to! thanks.