Bar with no name opens in former Mo Pitkin's space 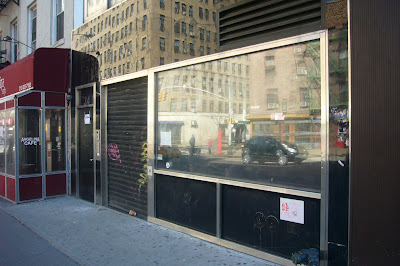 We were surprised to find the former Mo Pitkin's space reopened as a bar this past weekend. We knew something was in the works for the place. In any event, there was a "soft opening" -- as they say -- this past Friday in which a reliable EV Grieve operative reported that the place looked "sketchy" in sort of an Upper East Side way. There's no indication outside what the place is called. In any event, it's apparently run by the folks behind Aces & Eights, the fratty Yorkville saloon on First Avenue and 87th Street.

The former Mo Pitkin's House of Satisfaction bar/restaurant/performance space at 34 Avenue A closed in October 2007. It was owned in part by Two Boots honcho Phil Hartman. According to the Observer last November, the building was sold for $4 million.

We stopped by ourselves last night...but the place was closed...no word yet on what will become of the performance space upstairs. There is a rather rumpled-looking banner advertising loft space for rent hanging from the second level, though it looks like it's for LiveinNYC.net. (They have no listings for spaces on Avenue A.) It would be a shame if this becomes just another bar...losing the performance part of the space in the process.

A look inside Sunday night... 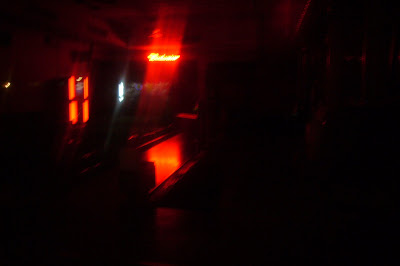