The End of Extra Place

In February, Extra Place was paved over...in an effort to "beautify" the piss-filled alley that ran behind CBGB and turn it into a pedestrian mall... 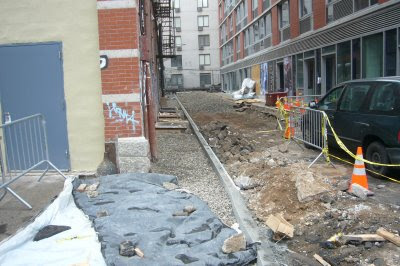 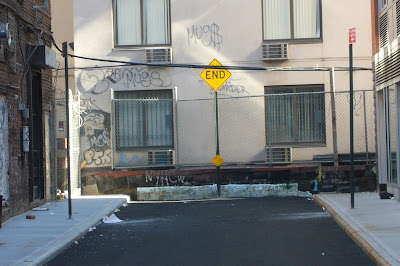 ...to signify the "End" of an era...or to warn motorists who may not otherwise be able to see the building that is sitting there...

By the way, it has been nearly one year since the makeover plans were announced for Extra Place.

The Chocolate Wars (well, not at all, but we needed something that sounds CONTROVERSIAL)
Posted by Grieve at 7:36 AM

Whatever cafes, retail, etc they put in there will be better than a piss-soaked alley.

Every time I walk by there, which is kind of often since I live on 1st St, I think I ought to check out the chocolate shop but I'm usually running off somewhere. One day soon. Chocolate is one of my favorite things. The bitter the better.