More on Chico's farewell to the LES

As you know, Chico is leaving NYC after 30 years of creating his spray-painted murals around the LES. Over at 12ozProphet, Martha Cooper was at his going-away party last week at China 1 on Avenue B. According to Cooper, the New York City Housing Authority presented him with a plaque that read “In recognition of dedicated and inspired service to the community in which he has lived and worked for more than 30 years this plaque is presented to Antonio “Chico” Garcia, Graffiti Artist Extraordinaire, with extreme gratitude and appreciation for decades of impressionistic and powerful messages, murals and paintings you have contributed to on Manhattan’s Lower East Side at the New York City Housing Authority. Job Well Done! 2009” As Cooper wrote: "That must be the first time a city agency has celebrated a graffiti artist!"

Cooper also has several early photos of Chico's work from 1982: 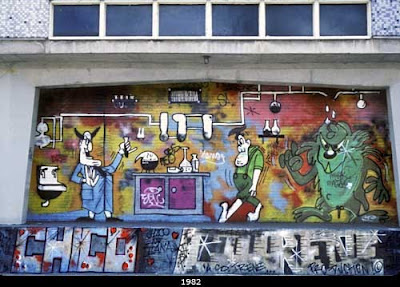 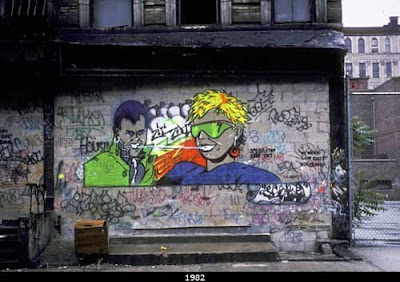