The current issue of The Villager has a lengthy piece on 11 Essex Street, a tenement built in 1907.

At the center of an affordable housing battle in Chinatown is a crumbling five-story building that is tilting slowly but steadily into the street.

Across from Seward Park, 11 Essex St.’s top story leans out 9 inches over the ground floor. Inside, metal poles prop up caving-in ceilings. Out back, bricks have tumbled from the facade, leaving gaping holes behind.
“It’s a time bomb,” said Richie Acca, a construction supervisor, as he walked through the silent, dusty building on a recent afternoon. “Would you live here?”

The city agreed. On May 27, the Department of Buildings issued a full-vacate order, giving the rent-protected tenants just a few hours to pack up their apartments before the front door was locked behind them.

In some ways, the vacate was the end of a years-long battle between the Chinese tenants and Sion Misrahi, the building’s owner. In other ways, the battle was just beginning.

The article inspired me to check out the building this past weekend. 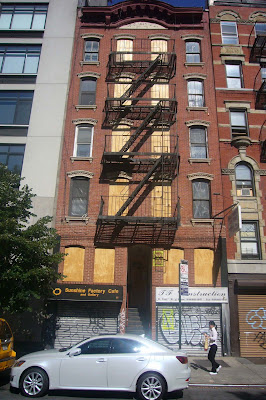 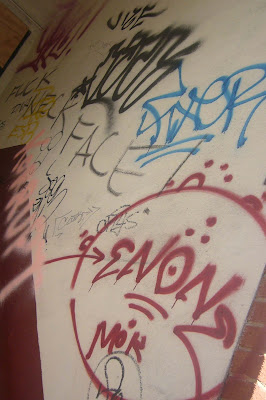 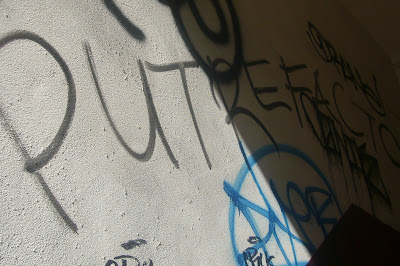 An unclaimed UPS package awaits one of the tenants. 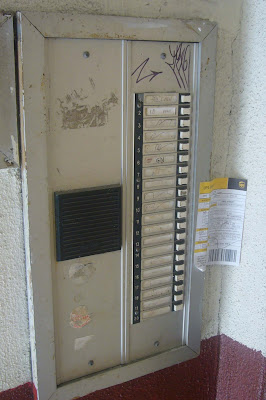 When Misrahi bought 11 Essex St. in 2001, the 22 apartments were mostly occupied by low-income Chinese families who had lived there for decades. Until the vacate order, some still paid less than $300 per month for the rent-protected units, in a neighborhood where market rate is now more than five times that much.

One year after Misrahi bought the building, construction by another developer on new condos at 7 Essex St. destabilized 11 Essex’s foundation. Cracks formed and walls shifted. Even after workers from 7 Essex installed bracing at 11 Essex, the 100-year-old structure continued to deteriorate.

In 2004, Misrahi launched a campaign to get the city to vacate 11 Essex St. He wrote to the Department of Buildings, saying 11 Essex was in imminent danger of collapsing and that the city needed to remove the tenants so he could fix the building.

A city engineer told Misrahi that he could make the necessary repairs without tossing out the tenants, and ordered him to do so. Misrahi appealed first to then-Buildings Commissioner Patricia Lancaster, and then to the Board of Standards and Appeals. A panel of architects and engineers heard the case and agreed with D.O.B. that Misrahi could — and should — fix the building immediately.
Posted by Grieve at 6:55 AM

Email ThisBlogThis!Share to TwitterShare to FacebookShare to Pinterest
Labels: 11 Essex Street, Lower East Side, The Villager

My biggest nightmare came true for those tenants. Awful.