(Oh, right -- we're not supposed to call them nightclubs. New gastrodive?) Anyway. "Retail space for rent" signs are up at 235 E. 14th St. between Third Avenue and Second Avenue. 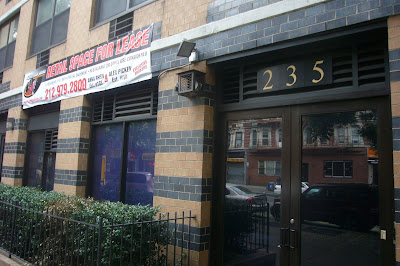 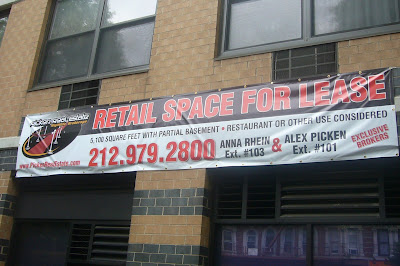 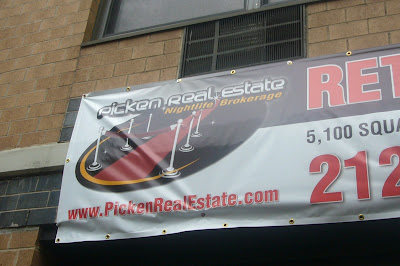 Here are a few excerpts from that article, which was published in April 2008:

Perhaps no one has pounded the velvet-rope-lined pavement as much, in fact, as Mr. Picken, whose company, Picken Real Estate and Nightlife Brokerage, claims to have “successfully brokered more nightclubs in Manhattan than every other real estate agency combined.”

Even though approaching middle age himself, Mr. Picken has little sympathy for the noise-rattled neighborhood groups that are increasingly thwarting his clients’ attempts to get and retain their liquor licenses citywide.

“Even in Nolita, which is really hot now, their community board is just kind of nuts,” he said. “It’s very difficult to get a license.

“I understand that there are certain people that have low-level apartments that hear noise at night and that’s not fun, but, you know, the noise you get from the garbage trucks is probably worse,” he later added. “I just encourage them to get double-paned windows.”

Someone needs to find out where Mr. Picken lives and get Missing Foundation to perform right outside of his window.

Since this falls into the realm of CB6..any idea how they are with these issues compared to CB3?

Good question, anon — was curious myself.