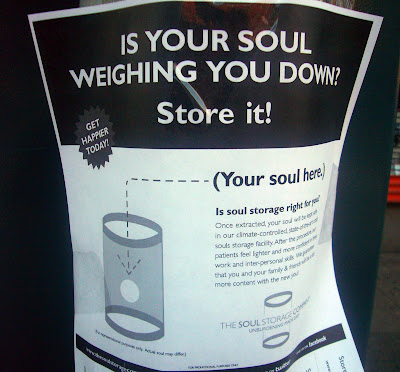 What do you call hundreds of entitled partygoers on the roof of an LES hotel? (Jeremiah's Vanishing NY)

Memorial tonight in TSP for Barnacle Bill (Neither More Nor Less)

Another French film in TSP tonight:

Chantal is a wealthy, powerful, and happily divorced Parisian attorney whose busy life seems to be going swimmingly until she decides to remodel her massive apartment. She hires Eduard, a brilliant Colombian architect. He and his illegal immigrant crew are highly qualified; however, as they begin to redo her home, they also start to remodel other aspects of her life. 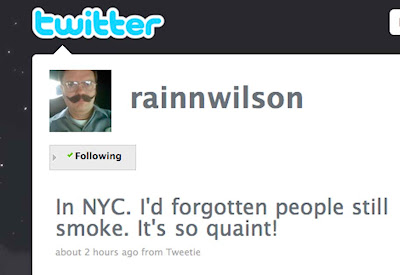 that flyer must be for the new Paul Giamatti movie, which i am dying to see.

Yes, have to admit I thought it was pretty funny as far as these viral type ads go.

p.s. According to Punkcasts Joly, his account was suspended. Apparently Hell's complaint was a third strike violation or some such thing.

On the subject of all publicity is good publicity, if that account hadn't been suspended I would never have known that Richard Hell is producing new and/or re-issued work. I think he lives on 13th Street.