Just after 5 this evening, a car crashed into the ConEd fence at the dead end of Avenue D at 12th Street. 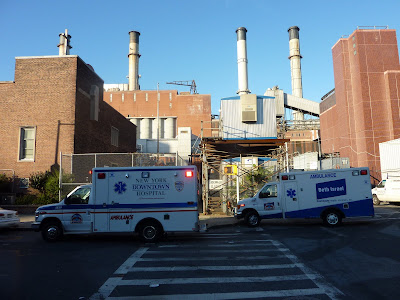 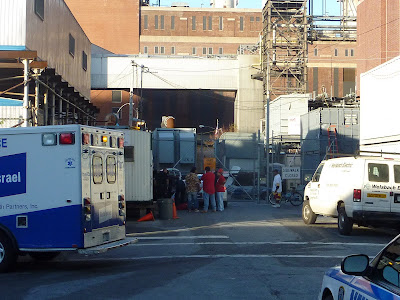 There were several accounts of what happened. One tipster noted that the car had been driving north on Avenue D with its hazards on before crashing into the fence. On the scene, one witness thought the car had clipped a van before coming to a halt at the fence. Yet someone else thought the driver simply made a mistake and kept going straight at the dead end. 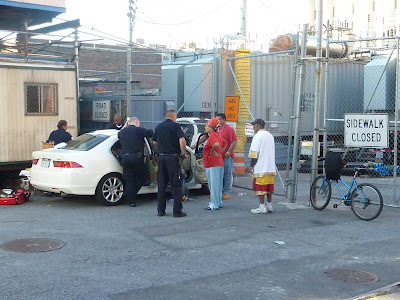 In any event, nothing really sinister afoot here. The woman driving the car was in a great deal of discomfort. She was simply visiting her mother who lives nearby.
Posted by Grieve at 8:22 PM