"These transparent living spaces, once the quintessence of twenty first century Modernism, have become eyesores" 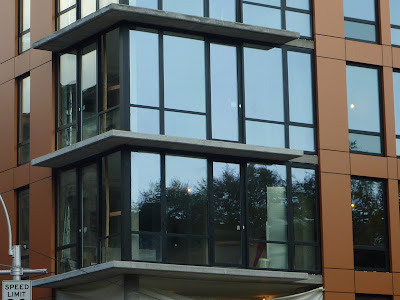 Steven Hellera, co-founder of the MFA in design criticism program at the School of Visual Arts, wrote an essay for The New Design Observer on the city's floor-to-ceiling window fad.

People in glass apartments shouldn’t throw stones or other projectiles. Nor should they engage in private acts directly in front of their floor to ceiling windows. Yet lately there has been a rash of exhibitionism throughout New York City owing to an increase in floor to ceiling windowed buildings. Influenced in part by Richard Meier’s glass box towers in lower Manhattan (and his newest one at One Grand Army Plaza in Brooklyn), these transparent living spaces, once the quintessence of twenty first century Modernism, have become eyesores, particularly at night when they take on the appearance of showrooms in Amsterdam’s red light district.

Why would anyone want their intimate life exposed to any peeping Tom, Dick or Harry? In other words, what were the architects thinking? And why are so many developers buying into this aesthetic? 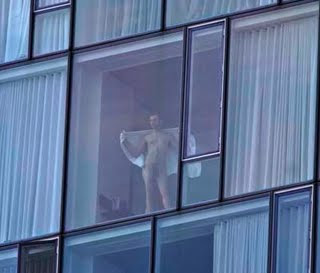 Bottom photo (so to speak!) via the New York Post
Posted by Grieve at 6:40 AM

Architecture and design now is a as bad as during the post WWII decades. Lots of nifty sounding concepts, no attention paid to how people will actually use a building or how the building interacts with neighboring buildings. They just don't care.

I've become a BANANA. I'm not even particularly anti-development, I just realize that anything built right now will probably be pretty ugly and poorly constructed.