Revival planned for church and theater on Avenue B

As you may recall in July we did two reports on the former evangelical church/historical theater on Avenue B between 11th Street and 12th Street...A fire nearly destroyed the building in October 2006. 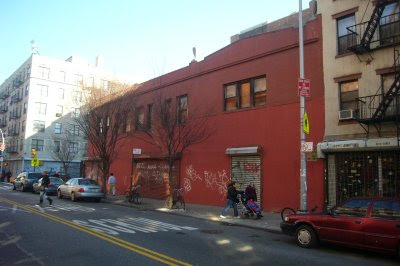 It was a movie theater for many years, first the Bijou, then the Charles. (The theater closed in 1975.) 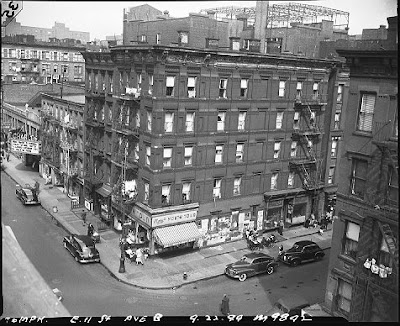 There's good news on the space in this week's issue of The Villager. Not only is the Elim Pentecostal Church renovating the space for a house of worship, there are plans to revive the movie theater as well. (Check out the photos an EV Grieve reader got from inside the building.)

In addition, the church is fixing up two storefronts along Avenue B. The owner of Continuum Cycles up the street plans to lease the larger space.

Previously on EV Grieve:
Inside the Charles
Former landmark countercultural theater now for rent on Avenue B
Posted by Grieve at 6:53 AM

Email ThisBlogThis!Share to TwitterShare to FacebookShare to Pinterest
Labels: 193 Avenue B, Avenue B, Jonas Mekas, The Charles

wow is there hope for my neighborhood yet? because i gotta tellya, i'm thinking leaving but i reallyreally don't want to.

by the way, WHERE do you find these old snapshots? they are absolutely A-mazing!

Thanks for the comments, ~evilsugar. There is hope!

The photos came via commenters at Cinema Treasures. I think I linked to them in the original post. They are wonderful shots.