Continuing to speculate about what 10-room, $15-million home is for sale on East Third Street

Yesterday, we started speculating about what 10-bedroom house on East Third Street might be for sale for nearly $16 million. Mostly because we're curious about what nearly $16 million gets you these days in the neighborhood. Plus, well, there's more to it than that. According to the frustratingly detail-free listing, the deal includes the adjoining building. 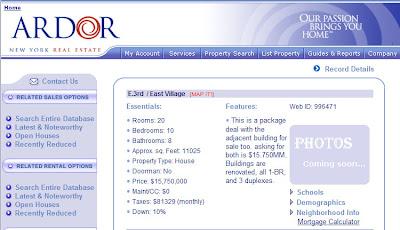 Many of us immediately thought of the Economakis dream mansion at 47 E. Third St. The square footage is nearly identical, for one thing. And there has long been speculation that, after successfully evicting the building's tenants, the owners would flip the property immediately to make big money. The Economakis family, for their part, have insisted they'll live there — maybe forever, as they told Scoopy.

Anyway, EV Grieve reader Marjorie pointed out that "the Trulia listing says it's in zip code 10009. That means this mystery place is east of first avenue; the Economakis place is between 1st and 2nd aves — zip code 10003."

However, Chris Flash at The Shadow has been closely following the story. He wrote, "We've been keeping tabs on the real estate marketeers on the LES for decades now (they still send us their 'set-up sheets') and know from experience that they often get little details like zip codes and other info wrong." He states, "We're pretty sure that the Ardor listing is for the Economakis mansion at 47 East Third that they successfully vacated as of August 31." 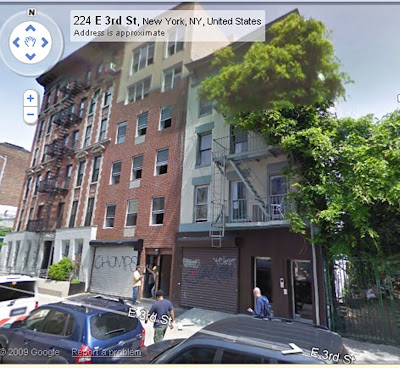 Good guess, but the listing is with Ardor, and the apartments here are exclusively with CitiHabitats.

Which reminds me I had these photos from the summer... 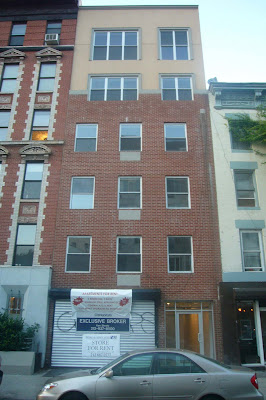 I liked the sign: "Too many upgrades to mention." 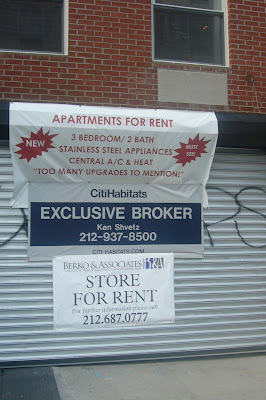 In an e-mail, an EV Grieve reader said that he/she took another look at the Ardor listing, and noticed that you could "map" the address. So they did. 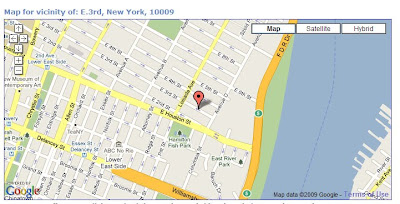 As the readers says, if the map is to be believed, the property lies between Avenue C and Avenue D on the north side of the street...which led them to this possibility... 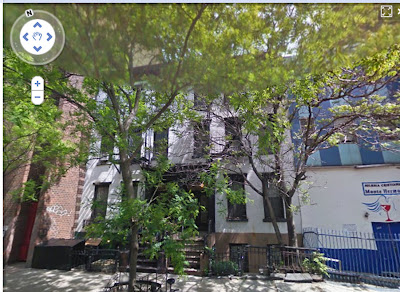 And the building on the left only has one buzzer, according to the reader, who knows this for some reason...

If you use the "map it" function on the Ardor listing, it shows the properties are between C & D.

Is this a 3-story walk-up between C & D? I'm curious to know how fabulous it is inside to make it worth $16 million (if this is the place).

Duh...why doesn't someone just call up the listing/broker and inquire as a prospective buyer. that would clear up what building the listing refers to.

What fun would that be?

those little three-floor bldgs btw c & d are so cute! i'd love just one. and i'd share it.

They are already filming a movie at the old Love Saves the Day. Just walked by-How to Make it in America, it's called.
Not to change the subject!

Very interesting. The buildings between C and D look like good possibilities.

As an aside, how ugly is that renovation at 222? It looks like the stuck a random building on top of it.

Ha, yeah...just walked by there myself...

I'm with you, WB. I think that add-on was meant for another building.

firstly its an ARDOR listing, it is most likely a bait and switch, meaning it doesnt really exists. Who would give a 16m listing to ardor. That like hiring your barber to dental work

I think the building on the right is the Tribes Gallery- blind poet Steve Cannon lives there...but poetry is on hard times now-a-days...ya never know...this may be his retirement plan.