Ray's in the Times 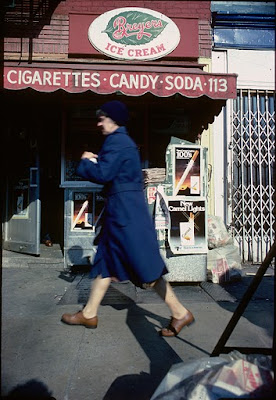 At the Times, Jim Dwyer checks in on the situation at Ray's. He talked with Bob Arihood... He also spoke with Arianna Gil, who helped organize the Saturday night delivery service. (Speaking of which, it's Saturday. If you need something delivered... 718-473-9636)

The headline: Not Your Banks’ Bailouts: Stores Too Loved to Fail

One recent blustery night, Maria Musial stood behind the counter at Ray’s, where she has worked since arriving from Elk, Poland, in the early 1980s.

“When I came, he was nearly the only store on the block,” Ms. Musial said. “The squat people was here. Now it’s young customers, new people.”

A friend, Bozenna, chimed in.

[Photo by Michael Sean Edwards.]
Posted by Grieve at 9:12 AM

Great story. Love hearing people pitch in to help guys like Ray. I wish Ray would have gone to that hearing and taken care of the social security issue. He gets so close then balks at the last minute. Frustrating to those trying to help him but we love the guy anyway.

Who da fuck don like a egg cream?!!
Get da fuck outta here!

God bless Ray, but I'm getting tired of all of the energy expended toward someone who clearly needs to help himself. There are lots and lots and lots of people who need help out there, folks. Lots.

Seriously. That place was always and will be until it cloes, a shithole so who cares. And I went in to buy a milkshake yesterday, but didn't feel liek waiting for the retard service. Waited a couple minutes with no acknowledgement then bounced out.

hey anonymous, what the f*ck is your problem? quit trolling the board!