Just in case you thought there wasn't enough high-end condos in the Financial District. Debuted now on Fulton Street, a few doors west of our old friend the Blarney Stone... 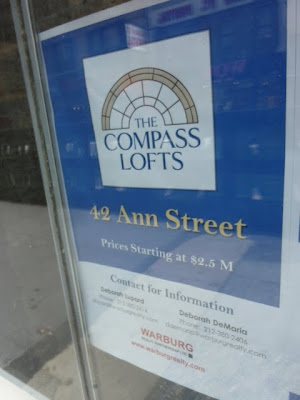 Anyway, as the sign says, the lofts, which hit the market last week, start at $2.4 million... and they provide a nice view of the Beekman ... 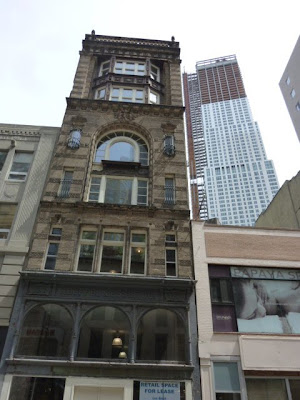 Here's some of the listing:

The Compass Lofts is a landmarked boutique residential loft building in the heart of FiDi offering seven extraordinary homes that perfectly fuse 19th century distinction with 21st century luxury. Every aspect of the architectural restoration epitomizes the developer’s reverence for the building’s role in history as a symbol of precision and design integrity. 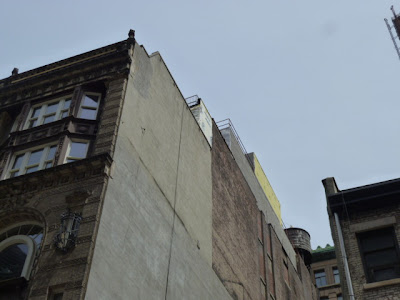 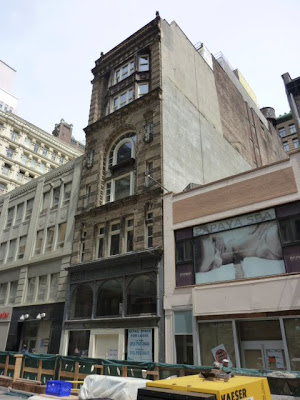 And a little history on the building:

It was built in 1892 and landmarked 113 years later. Now the former factory at 127 Fulton Street is on the brink of becoming one of the finest, best-restored residential buildings in the Financial District. The 10-story Keuffel & Esser building was named for the family-run company that built it. Famous among engineers who relied on its products, “K&E” was the brand of the early 20th century for all sorts of drafting materials and instruments — T squares, compasses, measuring tapes, leveling rods, surveying equipment, and even furniture. It was the first American company to manufacture slide rules, and its success helped make Lower Manhattan a commercial capital in the days when industry rivaled finance downtown 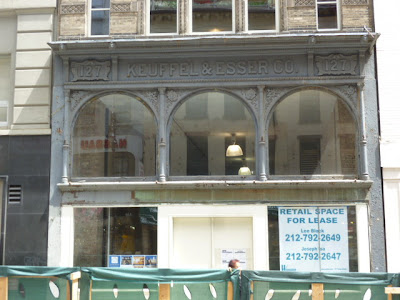 Here's more on the history of the company. And if you want to know more about the Compass Lofts, there's an open house on Sunday...
Posted by Grieve at 6:43 AM

I hope the 2nd floor residents put on a good window show!

Speaking of luxury lofts, I walked by the $25K per month place on LaGuardia recently and I swear there are bunk beds in the window. Any updates on that?