I usually don't pay much attention to that Boxer game here at Gem Spa on Second Avenue and St. Mark's Place... it's usually hidden behind displays of hats and sunglasses during most of the times that I pass by... 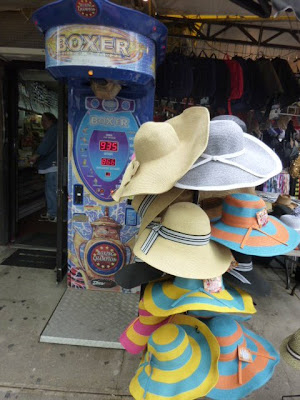 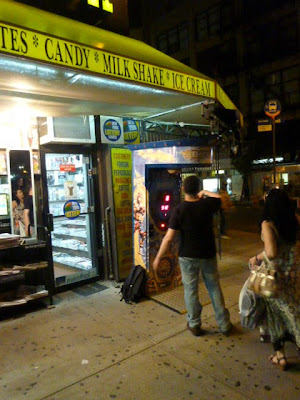 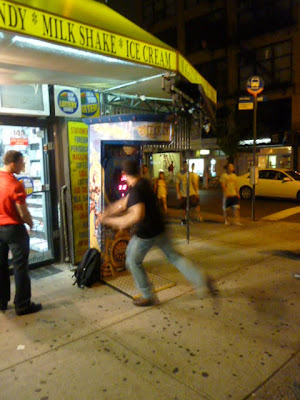 Is this really a good idea to let people get worked up and pay to throw some punches...? Or is this actually a good idea because any drunken aggression may be taken out on the machine? Dr. Grieve is now in session.
Posted by Grieve at 6:55 AM

that game baffles me. people actually pay a dollar to throw a punch.

I can't believe I've never noticed that before.