From the Copper to the Cooper

Meanwhile! The 2 Cooper website has added new visuals.... some handsome black-and-white photos (in stop-motion!) depicting a scene on the Bowery that is really open to interpretation... 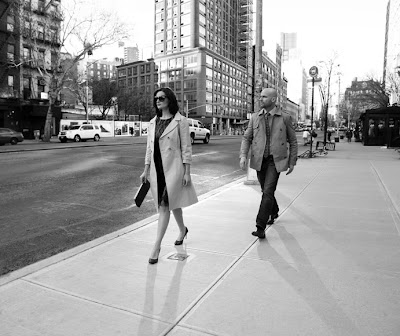 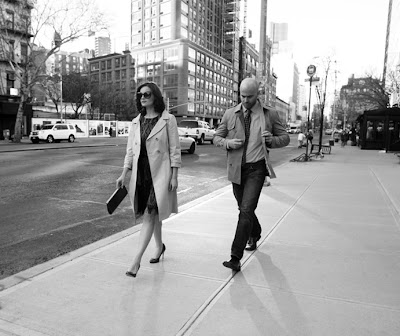 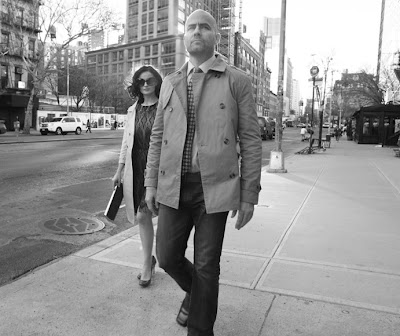 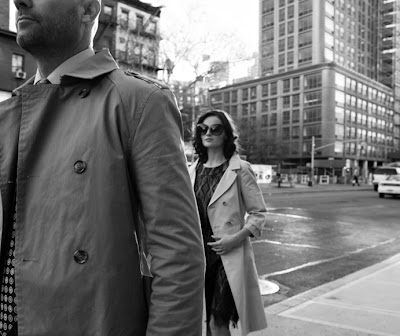 I think they just gave Sak's a free Fall Coat Preview ad. (And that guy looks nothing like Javier Bardem!) Whatever! You have to admit it's better than 2 Cooper's early visuals. 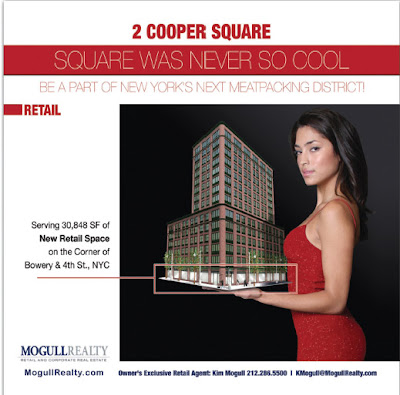 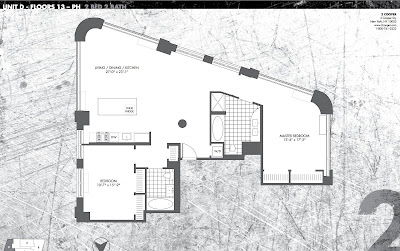 There's also one unit with a eastward-facing terrace for $6,050... Luckily, the new residents will not be looking down at the B Bar at "some random drunken girl puking her guts out." No matter — you'll forget all this after time in the soft-tissue therapy room inside 2 Cooper.

Previously on EV Grieve:
2 Cooper Square looking for some "masculine, attractive, intelligent" Clive Owens types with kids — but, lordy, not kids who actually live with them!

There goes the neighborhood for real: 2 Cooper Square will open with the highest rents ever in the East Village
Posted by Grieve at 6:59 AM

i thought he was going to snatch that purse right out of her hand. he was thinking about it...

Ha! The way she's carrying her purse, it's easy pickins. I don't get why he was futzing with his coat, as if he's either going to button it or flash her. Yet, in the next frame, the coat is still unbuttoned. And with so much room on the sidewalk, why does he choose to walk so close to her? And why isn't anyone on a cell phone?

He was about to mug her when he realized he's already wearing her jacket. Scowling at what he remembered as being McGurk's, he heads off down Bowery in search of his lost soul.

No, no, that Baldie guy is the Anonymous constantly leaving anti-old-East-Village screeds on this site. You can tell he thinks his shit don't stink, and he doesn't want his neighborhood to, either.