As we first reported, Nevada Smith's is planning to move from its current home at 74 Third Ave. up the block to 100 Third Ave. ...

Nevada Smith's current home will be demolished, as we've pointed out here. 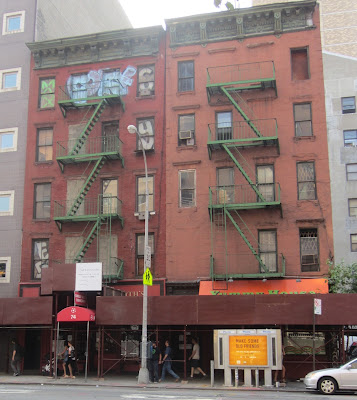 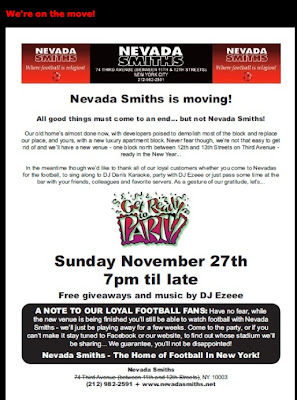 Per the message: "Our old home's almost done now with developers poised to demolish most of the block and replace our place, and yours, with a new luxury apartment block."

The closing night party starts at 7.

The East Village will lose a parking lot and gain an apartment building
Posted by Grieve at 11:15 AM

Damn shame. Glad that they're not going far. Now we can confirm that the parking lot at 12th & 3rd is going to be gone as well. Assuming that all of the businesses there will be gone soon. As our apartment faces that block, I'm pretty pumped for 7am jackhammers for the next 3 years, followed by our afternoon sun being eclipsed.

Nevadas are moving up the block and hope to open in Jan. I looked at there new location they haven't got a prayer to be opened by then. Why bother most of there customers left last year and the old owner is opening up a new place with ex-staff soon. That's where our club are gonna be.