'Don't you think that André Balazs knows what's going in at the empty lot next door?' 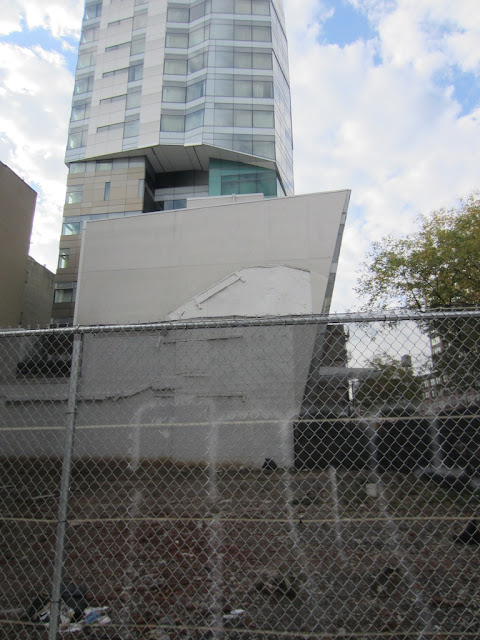 Well you probably know that André Balazs bought the Cooper Square Hotel and is turning the joint into The Standard East Village.

So we were having an email exchange with an EV Grieve regular who was trying to sound upbeat about the sale. Maybe it won't be so bad, he or she tried. They said it will be "a more mellow alternative" to the bumping-and-grinding off the High Line, right?

Of course, you have to say those kinds of things now to appease the Community Board, neighbors, etc.

Then the reader said, or wrote: Don't you think that André Balazs knows what's going in at the empty lot next door?

Now that's an interesting question. Earlier this year, despite an outpouring of support for 35 Cooper Square, developer Arun Bhatia had the historic structure demolished to make way for whatever he has planned for the lot adjacent to the hotel off Sixth Street.

Bhatia hasn't said what's coming to the space. Most people assume it will be some condo/hotel/dorm complex with chain-store retail on the ground-floor and some nonprofit or community facility for good (tax) measure.

Anyway, as The Wall Street Journal reported earlier in the fall, Balazs bought the Cooper Square Hotel for $90 million.

If you're putting out that much for the property, then you'll gonna want to know what your new neighbor will be.... some day.

Meanwhile, if André, "Stan" or anyone wants to send us a note to the tipline with any renderings or plans for the empty lot... 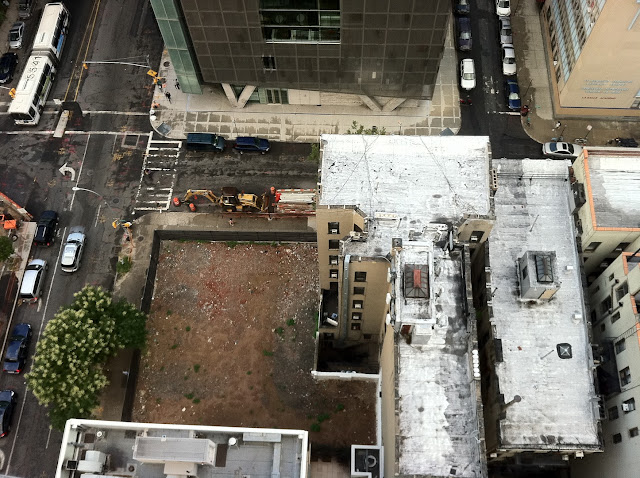 yes, the northern veiws out of the glassy EV Standard are a limited time offering. Soon, a room on this side of the hotel will give a great view of some student dorm rooms. Alternatively, the students may get great views of exhibitionist tourists. yuck!