Work continues to creep along at 9-17 Second Avenue... On Friday, workers started erecting the scaffolding for the construction netting needed for the continued demolition... we stopped by for updates ... 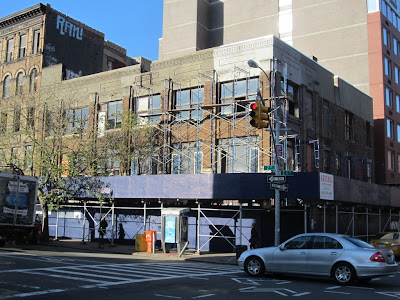 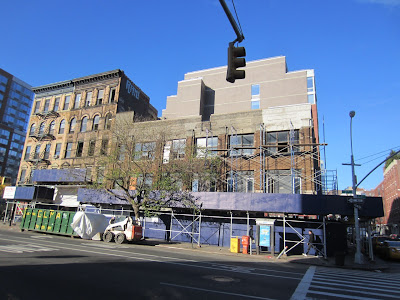 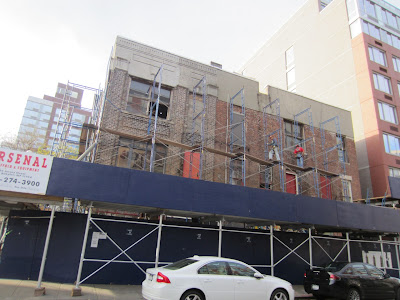 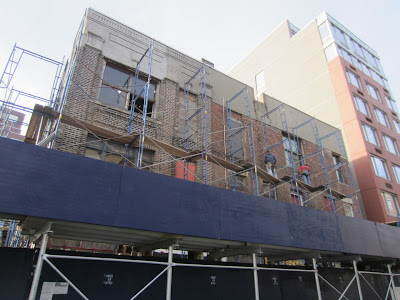 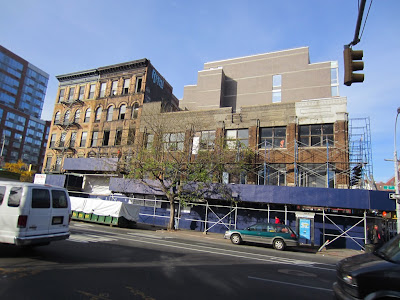 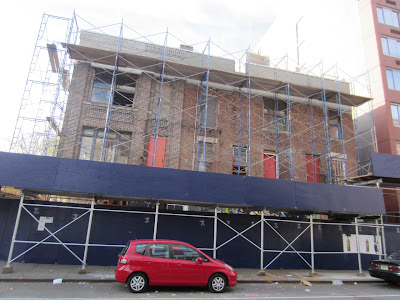 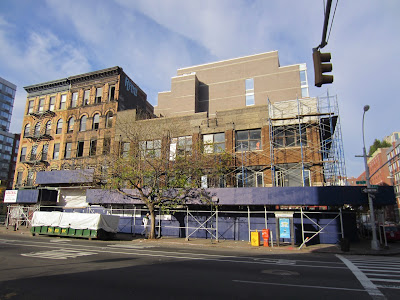 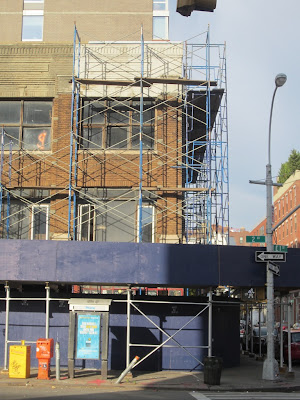 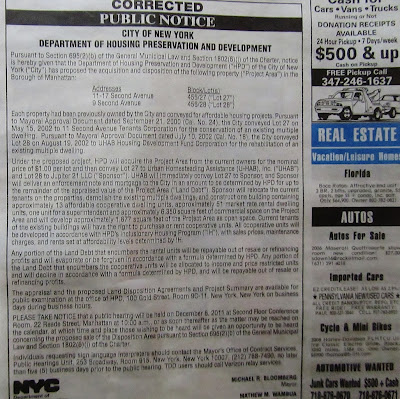 We have no idea what all this legalese is (we welcome your interpretation of this). It looks as if the new development here will include 13 affordable "cooperative dwelling units" and 51 "market rate rental dwelling units" and 6,350-feet of commercial space ... plus 1,677 square feet of open space.

One noticeable absence in this "Corrected Public Notice" — Any mention of BFC Partners, builders of luxury properties such as 48 Bond on Bond Street and Toren in Brooklyn, who first introduced this idea in December. Something called Jupiter 21 LLC is listed here as the "sponsor." A New York State records search listed Jupiter 21 LLC (formed on Aug. 15) as having the same Myrtle Avenue address in Brooklyn as a high-end custom cabinetry company called Wells Woodwork. We're not sure about any connections between BFC Partners and Wells Woodwork.

Anyone know anything about this?

Previously.
Posted by Grieve at 6:57 AM

oh come on already with the teasing, let's bomb those buildings into rubble!!!!