Do you want to see photos of the Mars Bar being demolished? 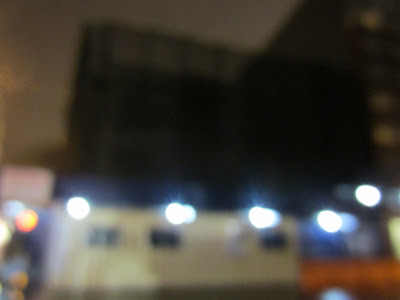 After our post Monday showing the workers putting up scaffolding over a three-day period outside the Mars Bar ... a reader sent along an email, basically asking if we could cool it on the demo shots. The reader compared it to seeing photos of a loved at the end of a life, and that the photos on various blogs and news site had become a macabre sporting event.

Hmm. We explained that we weren't doing this with any woo-woo. Just a matter of following the story.

Let us know if you have an opinion on the matter.

Because the netting is in place. The chutes are ready. There are porta poopers. There's even a construction shed now on East First Street. As these photos from Bobby Williams yesterday show... 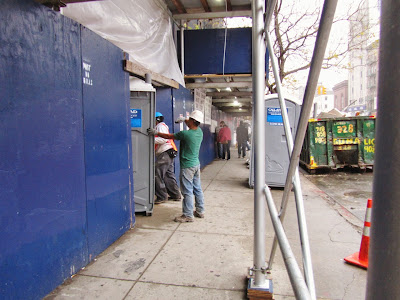 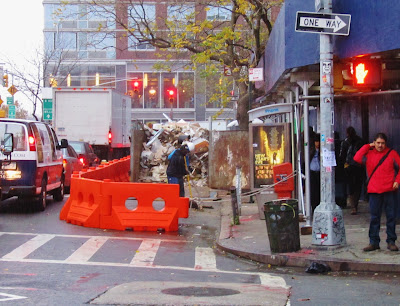 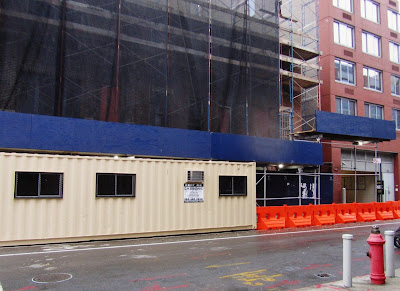 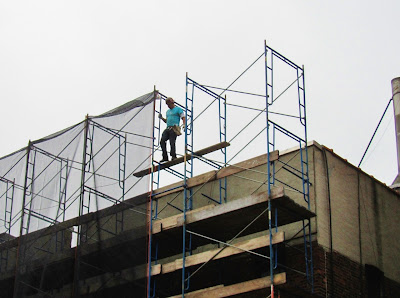 You should continue to report and document it (including photos), as F'ing traumatic as it is. RIP Mars Bar.

It breaks my heart to see this building come down. However, I fell it's important to keep documenting the transition. This is a major part of the EV, so it would be wrong to ignore it. Some day, we'll want to look back on this corner and see what happened.

I walked by this morning and could see the ceiling on the second floor had giant holes in it.

Of course you need to document this, your name is EV Grieve, not EV Glee! R.I.P. Mars Bar, the corner will never be the same.

could cool it on the demo shots? Really? That is RE_DICK!
You don't like the ASPCA commercials, change the channel.

Sad to see it come down but documenting it is so very important.

i would much rather see posts uncovering other cultural crimes being committed by this particular developer.

This morning, they were tearing off the top of the building, so I wouldn't be surprised if the whole thing was gone by next week.