There's a lot of interest in the circa-1847 building at 315 E. 10th St. that faces Tompkins Square Park. As you'll recall, the city OK'd a one-floor rooftop addition here in January hours before the Landmarks Preservation Committee approved the East 10th Street Historic District.

Some nearby residents are curious how the new addition will fit in with the rest of the block. And we've heard from a few people who want to know just how tall that one-floor addition will be... Here's looking at the building from Tompkins Square Park... a few different angles... 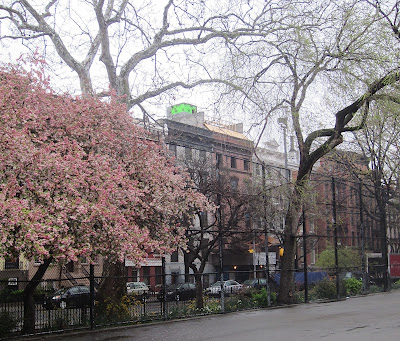 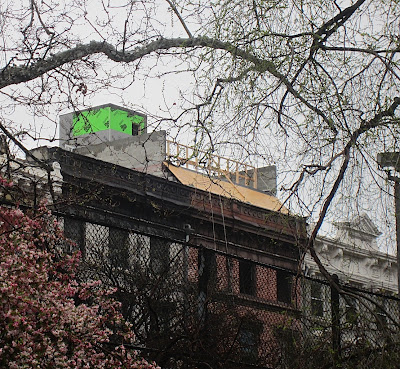 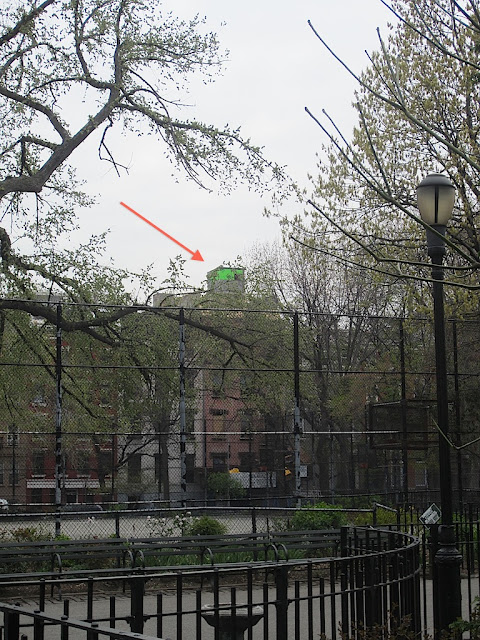 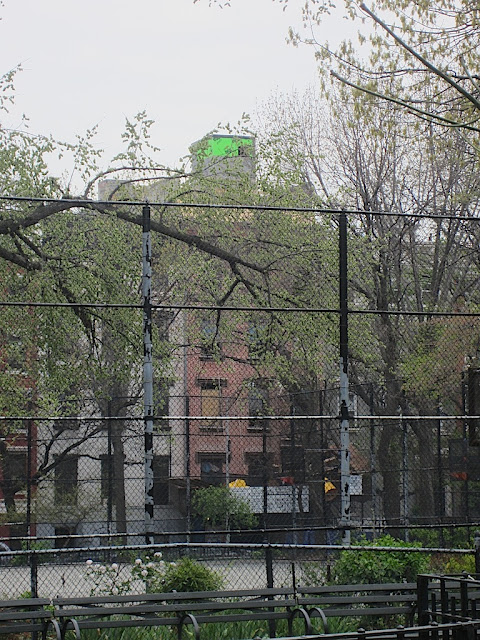 There are two complaints on file with the DOB noting "ADDITIONAL STORY ADDED BEYOND THE SCOPE OF APPROPVED PLANS."

And it wouldn't be the first time that there has been controversy around developer Ben Shaoul, who owns 315 E. 10th St., and roof-top additions.

East 10th Street neighbor Jose Garcia heard the extra-floor rumors too. However, via the site manager: "It certainly looks like another floor, but because there is an elevator going in the bulkhead, the roof has to be tall enough to accommodate the elevator housing."

Diagrams on file with the DOB show that the residential conversion of the building, previously owned by The Educational Alliance, includes an elevator. 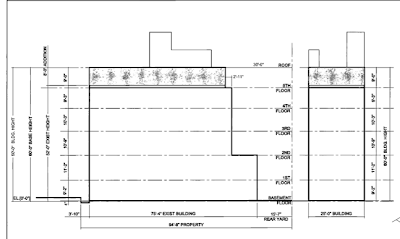 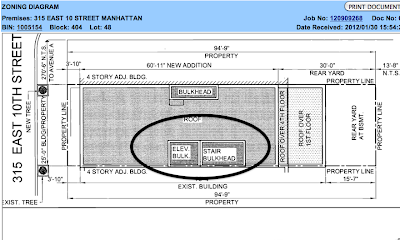 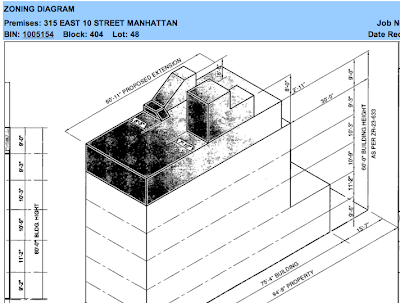 Thank you for your "endless grievage". Thank you for keeping us posted and giving us a place to share information. You are the best, keep grievin'!

I'm building a condo for the Red Tailed Hawk.