A longtime resident of St. Mark's Place between Second Avenue and Third Avenue wonders how much longer this strip of sidewalk shed will remain in place... 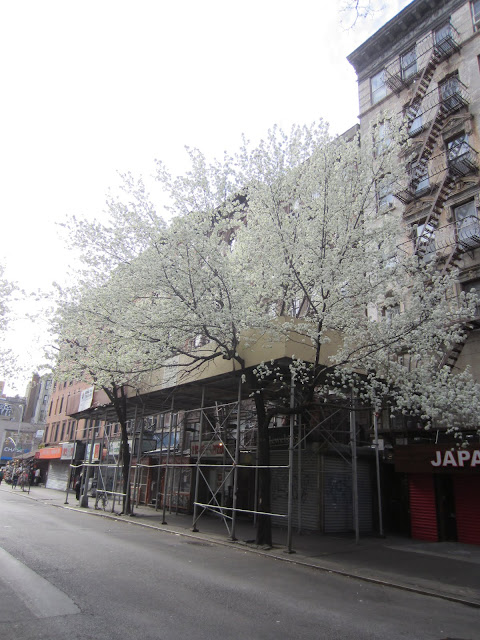 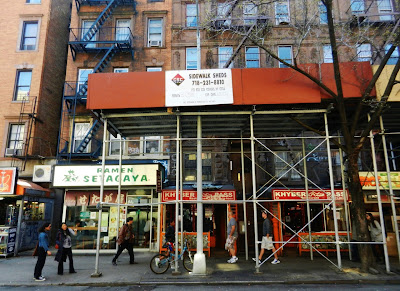 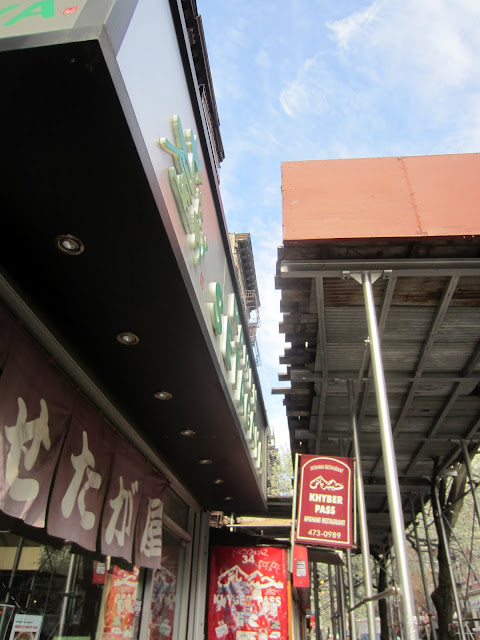 According to the DOB, the city issued the permit for the sidewalk shed in February 2008. We couldn't find any permits on file for work on the building's exterior — just a few complaints about cracks in the facade.

In addition, the permits expired for the two sidewalk sheds ... 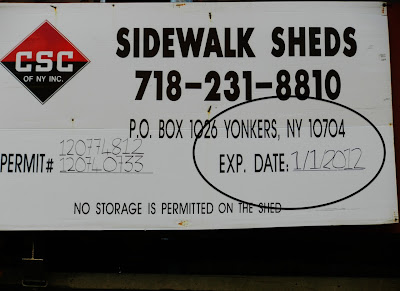 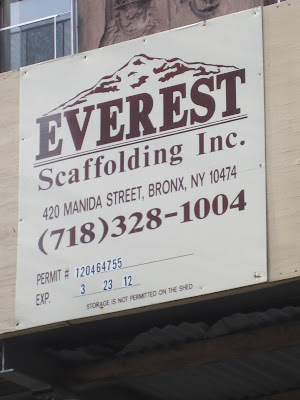 However, as the DOB website shows, the city renewed the sidewalk shed permit for 32 St. Mark's Place on March 23 for one more year. And the new sign arrived late last week. 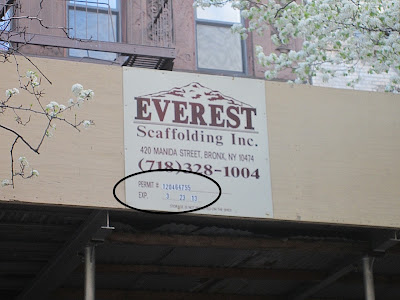 Remember to buy the sidewalk shed the traditional gift of wood for its 5th anniversary next year.
Posted by Grieve at 6:50 AM

From what I understand, if the face of your building is in danger of falling on people, you are required to repair it. However, if you cannot repair it right away, you must put up the hell-shed.

The fact that this shed then gets to become a permanent alternative to doing the necessary repairs seems like a pretty big loophole.

The pictures do not manage to capture the massive amount of people who are drawn to a sidewalk shed.

Not only does the structure itself block the sidewalk, there are often dozens of people (and their dogs) gathered beneath it...and, later at night, the shed provides cover for those people looking for a place to take a piss. Considering that that stretch also never gets rained on, the stink there can get brutal.

As someone who lives in the building, I can confirm that no work has ever been done. Last year, the last time the permits expired, I called a number of gov't offices to complain. Nothing ever happened, except that the permits were renewed for another year. Do tenants have any legal recourse in a situation like this?

Good point. The photos were taken in the morning... and they don't capture the late-night shitshow that occurs under there...

is a shed that cheap that you can rent one for that long?