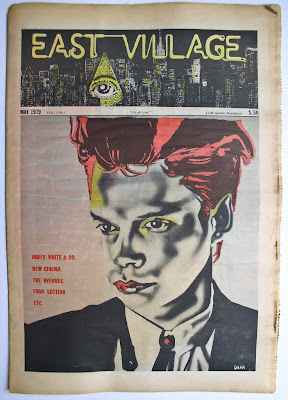 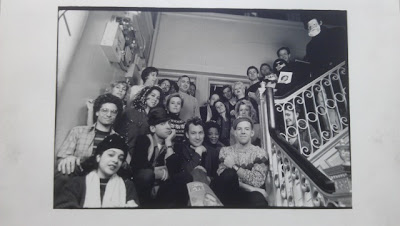 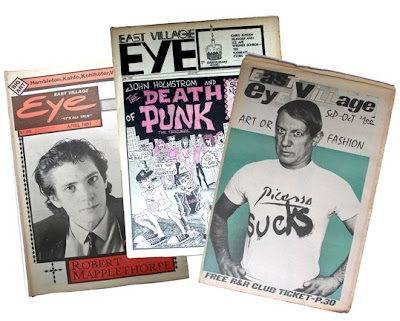 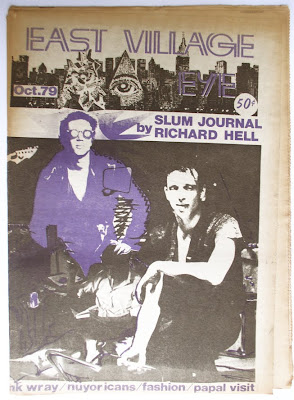 LOVED this. i had no idea the term "hip hop" was first printed in the Eye!

Great interview and I loved seeing the John Holmstrom "Death of Punk" cover. I'm hoping for the PDF online thing to happen!

This is really great stuff. You're really knocking it out of the park lately, Grieve! Kudos!

Leonard! Great to hear from you. You had a great run there, my man. And that photograph on the staircase at 611 Broadway brought back tons of memories.
--David McD. from Details

Leonard Abrams and Spencer Rumsey published my first photos ever from Nicaragua in 1983.

James Chance was a great choice for first cover.

I have a bunch of these and would DIE to have the whole collection, so thanks for publishing them (when you get around to it!)

It was great to meet you at that art show the other day and an honor to hear your story about the East Village Eye and then to read it here on EV Grieve.