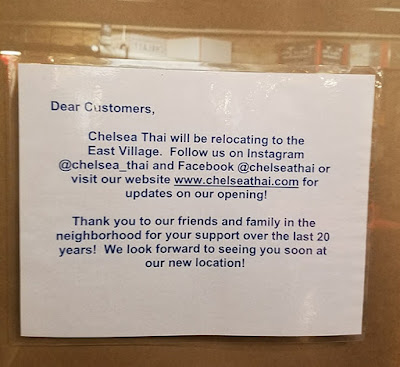 As noted back in the fall, Chelsea Thai, which has operated a stall in the Chelsea Market for 19 years, signed a 10-year-lease at 192-194 First Ave.

Turns out that Chelsea Thai isn't opening a second location, rather closing their space on Ninth Avenue ahead of a move to the East Village. EVG regular Bayou shared the top photo, noting that the quick-serve Thai restaurant's last day was Friday. 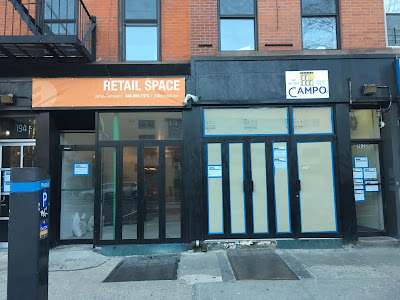 Chelsea Thai (not sure if they are keeping that name with the move east) is only taking half of the Neptune storefront. The other half is on the market for $7,500, per Eastern Consolidated.

Previously on EV Grieve:
Chelsea Thai coming to former Neptune space on 1st Avenue; Filipino fare for Avenue A
Posted by Grieve at 4:05 AM

just stopped by today and they were closed for good. why?