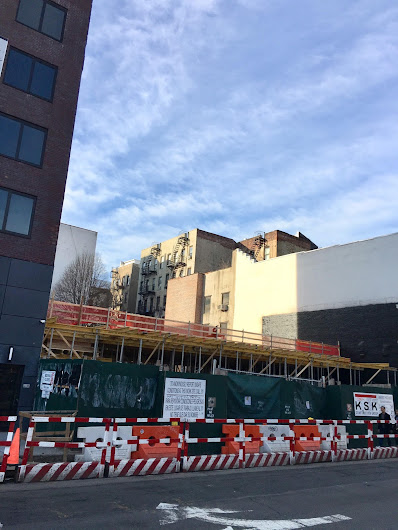 Developer Samy Mahfar's controversial development at 255 E. Houston has finally made its first appearance above the plywood here between Norfolk and Suffolk.

In September 2016, Mahfar withdrew his application — after a five-year fight — for a commercial zoning change for this property and surrounding parcels.

He had approval for a 10-story building. However, amended work permits now show a 13-story building (waiting for approval). An article published by the Commercial Observer back on Dec. 20 mentioned that it will be 14 floors. (The article was about Mahfar scoring a $39.5 million construction loan from Bank of the Ozarks for the 88-unit apartment building. It's not clear if any of the units will be designated as affordable housing.)

The current plywood rendering along East Houston shows this... 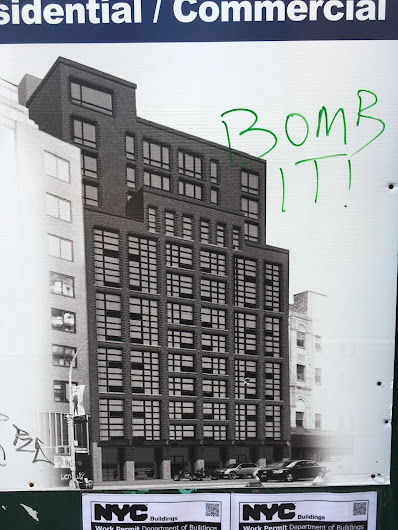 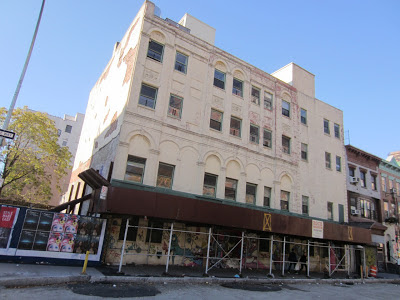 Top photos from Saturday
Posted by Grieve at 4:06 AM

Get this junk out of here, along with their shady developers!

Why the hell is the Bank of the Ozarks, for God's sake, doing funding construction in NYC? Don't they have projects of their own they should be supporting in the deep South?

Man, this has gotten totally out of hand...and to lose have to that pretty, light building for that hulking, dark monstrosity...