Three spas have recently closed in the East Village... 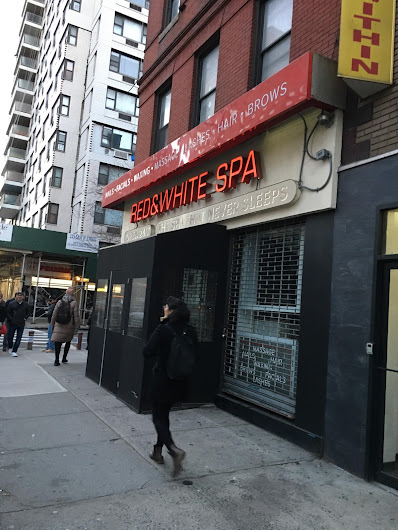 The Red & White Spa recently shuttered on Third Avenue at 10th Street ... the spa was previously in a smaller space on the other side of the Taste Wine shop next door ... Before Red & White took over, this prime corner space was the Element Beauty Lounge. 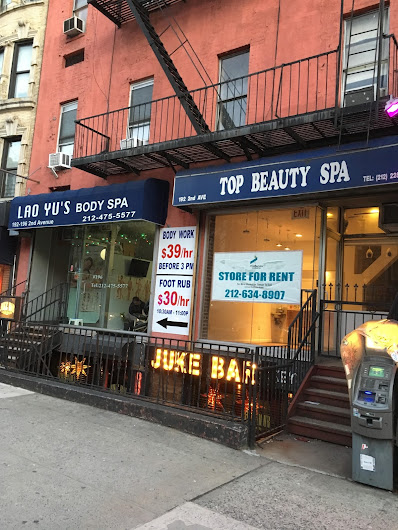 The former Top Beauty Spot on Second Avenue between 12th Street and 13th Street is for rent... 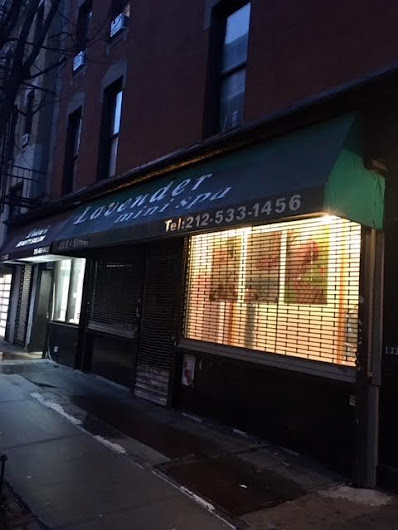 And EVG reader Amy mentioned that the Lavender Mini Spa on Fourth Street at First Avenue hasn't been open of late... the gates remained down this weekend. Their phone is not in service.
Posted by Grieve at 4:00 AM

Email ThisBlogThis!Share to TwitterShare to FacebookShare to Pinterest
Labels: spas

Nooooo! I love getting foot massages at Lavender Mini Spa! Guess I wasn't getting them often enough. :(

They used to call these places "rub and punch parlors". Or at lest Mickey Spillane did.

Is "spa" a euphemism? Asking for a friend.

this place claimed to be open 24/7 but was not once open beyond standard business hours. "the spa that never sleeps"