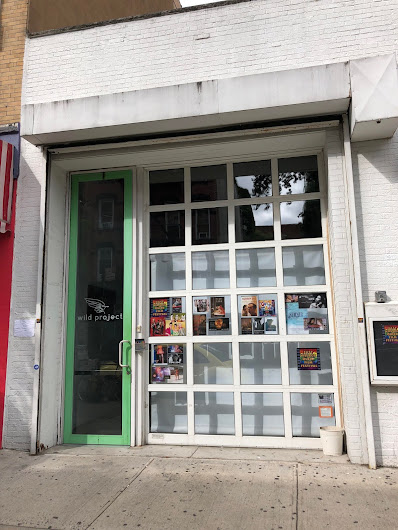 [The Wild Project on 3rd Street]

The East Village Queer Film Festival is underway (as of last evening) at the Wild Project on Third Street between Avenue A and Avenue B. You can find the lineup of films and accompanying events, playing through Sunday, right here.

And here are a few more films that may be of interest...

• Larry Clark retrospective — The Metrograph down on Ludlow Street is hosting a slate of Clark's films, including "Bully," "Wassup Rockers" and "Another Day in Paradise," starting on Saturday. (Details here.)

• Rock 'N' Film — The Anthology Film Archives, on Second Street and Second Avenue, has several titles left to screen in its rock 'n' roll retrospective including the documentaries "Wattstax" and "Ziggy Stardust and the Spiders From Mars." (Details here)

• "Suddenly, Last Summer" — The 1959 Southern Gothic classic with Elizabeth Taylor, Katharine Hepburn and Montgomery Clift plays for free tomorrow evening at 5 at the Tompkins Square Library branch on 10th Street between Avenue A and Avenue B. (Details here)

Email ThisBlogThis!Share to TwitterShare to FacebookShare to Pinterest
Labels: Grieve goes to the movies

Poor choice of movies for "Utterly Winona" save The Age Of Innocence.

I'd have picked that, Heathers, Girl Interrupted, and Little Women.