Rentals underway at The Niko on Avenue D 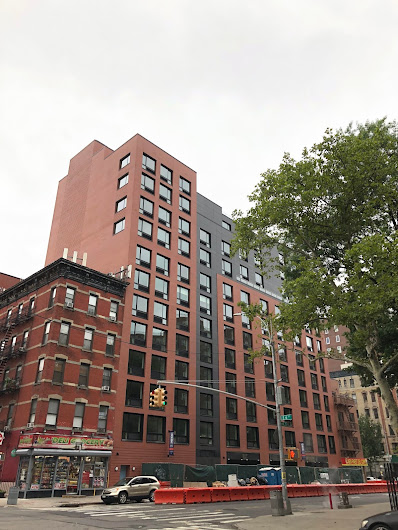 The rental period (h/t Curbed!) has kicked off over at The Niko, the 12-story retail-residential building via L+M Development Partners on Avenue D between Sixth Street and Seventh Street. (The previous businesses here were part of the 79-89 Avenue D parcel, though the Niko is using 751 E. Sixth St.)

And let's head to the website for what's in store here...

Curate Your East Village Life at The Niko

The birthplace of downtown cool, the East Village is one of the most diverse, creative and eclectic neighborhoods in New York City. From its enviable location on quiet East 6th Street between Avenues C and D, The Niko offers sweeping views of New York City, from the World Trade Center to the Empire State Building to the glinting East River.

The Niko’s twelve stories feature 82 residences that range from alcove studios to spacious three-bedrooms. The building’s brick exterior resonates with warmth and character and the residences have a crisp, contemporary design. And at The Niko, you are minutes away from Tompkins Square Park, a retreat from the bustle of the East Village.

You're also minutes away from East River Park — adjacent to the glinting East River — though that's not mentioned here. Amenities at the address include a fitness center, landscaped roof deck and an outdoor terrace. 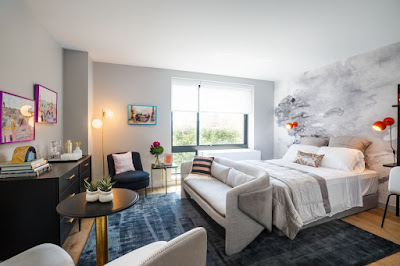 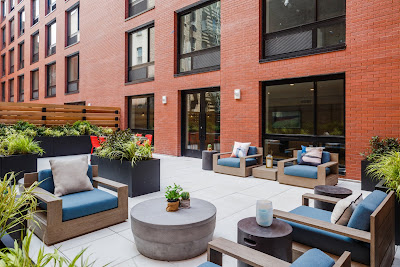 The lots previously along here housed one-level storefronts that included a Rite Aid, which relocated one block north to the ground floor of Arabella 101. Rite Aid signed a lease to return to the retail space in this building.

The Niko is the latest new development along this corridor, joining The Adele, The Robyn and Arabella 101, among others.

The Adele joins The Robyn in pop star-friendly East Village corridor
Posted by Grieve at 4:15 AM

"Curate your East Village life"? Yeah, that's what I've been doing for the past 40 years in my existing apartment, thanks.

Avenue D... if you told me in 1986 that this would be coming in the future I'd think you were crazy.

"Its enviable location on quiet East 6th Street between Avenues C and D - a mere four avenues and eight blocks away from the decommissioned L train - means you'll live a very active lifestyle. The Niko also offers Nicanoes™, a personal floating alternative to getting around the neighborhood which is prone to flooding during hurricane season. That giant ConEd power plant you watched explode on the news? It's that building right over there!"

L + M Development:
Destroyed every existing city tree and tree pit at the Niko's large site
Fenced in the Niko's super noisy HVAC equipment EXCEPT for the side facing their low rise neighbors
Fails to note Niko residents will enjoy free 24 hour lighting courtesy of the Jacob Riis project's mobile floodlights (check the American Medical Association's report on the detrimental health effects of this type of lighting) which HAVE NOT statistically reduced crime

Enjoy the neighborhood's new project policing strategy of omnipresence, including the pretty tuna can eye in the sky! Good times!

"And at The Niko, you are minutes away from Tompkins Square Park, a retreat from the bustle of the East Village."

Hahahahahahaha! Broker babble at its best. What are they smoking (or did the copy writer not actually visit the location)?

L&M == the con artists behind Essex Crossing, as well, whose market Line is set to destroy all retail on the Lower East Side. (But not till the Essex Retail Market is torn down.)

I suggest anyone who's interested go view the sign of the Essex Street Retail Market from this angle before it's gone; it's close enough that you can probably do it tomorrow.