The Chipotle on St. Mark's Place has permanently closed 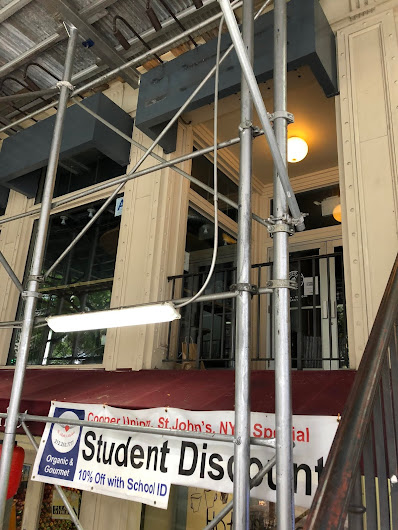 An EVG tipster shared this news... 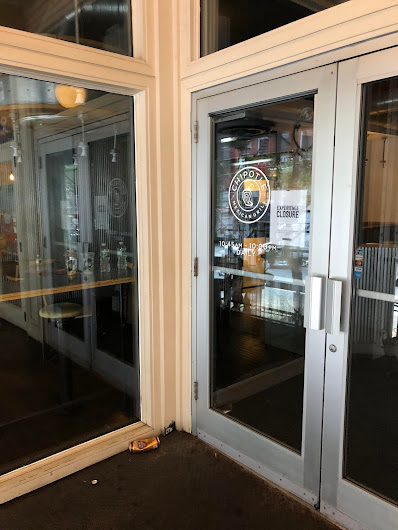 Chipotlers are instructed to visit the nearest location at 55 E. Eighth St. 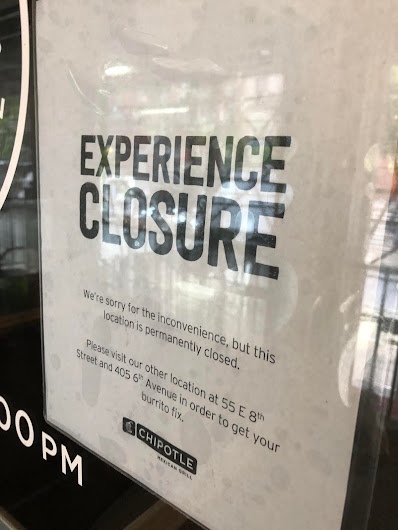 Chipotle recently announced that the company was closing 65 U.S. locations as part of a brand restructuring.

This article has some history of the buildings that stood here previously.

it's too bad
they were, for a long time, a place to get reasonably priced and mostly fresh fast food.
they went down so fast.

They don't mention their location at 14th St./Irving Place, which has to be closer to St. Mark's Place than the Sixth Avenue location they *do* mention.

It's for the best. People are tired of Chipotle's nationwide e.coli experiences.

It was just a matter of time before this place closed. Dwindling foot traffic in the area, lots of competition from local taco/burrito joints, add in their recent food poisoning outbreaks (you can't spell “Chipotle” without E-C-O-L-I) plus the high rent on St Marks Place was a recipe for disaster. And who can sell enough $10, 2000 calorie burritos to stay afloat in this real estate market? Not Chipotle anymore.

Bring back JapaDog, they had the best toppings even of they were also overpriced. Bring back Dojos, their Soy Burger Dinner and Yakisoba are still one of the best value meals in town. But keep the chains off of St Marks Place. The Gap and 7-11 couldn't make it here, and In the end neither could Chipotle.

I bet they don't mention the 14th Street location because it’s the next one to close. The Yelp reviews are not good, same for the 23rd St location. Small portions, burnt food, poor service, flies and trash on the floors etc. Their quality control has really gone out the window.

I'm going to try and cut through the snark here. This Chipotle dates back to before Chipotle becoming a huge chain. I came here a lot when it first opened; the staff were so cool and the quality of food was quite acceptable. I was a semi-regular in those days and they often hooked me up, just because! But after a couple years management stopped allowing tips, and I think that was sort of beginning of the end. Morale definitely dropped among the staff. Really unfortunate.

I don't do Chipotle anymore but will always have good memories of this store. In the grand scheme of things Chipotle has been hugely influential on the entire quick-serve foodservice market as we know it today and I can't help but suspect that this store, while not a flagship, was a part of that early success wave.