Nobletree Coffee is the next tenant for 37 St. Mark's Place and 2nd Avenue 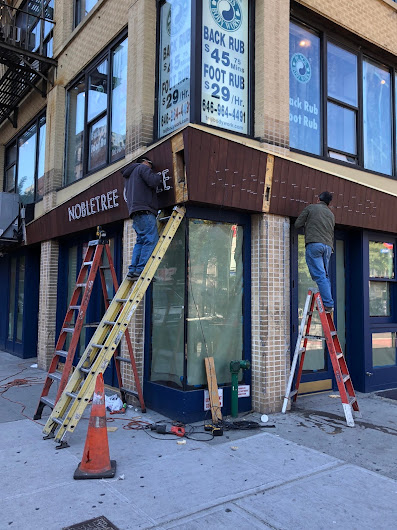 Signage is in progress this afternoon at the long-empty storefront that is 37 St. Mark's Place (at Second Avenue).

Workers are putting in the Nobletree Coffee signage... 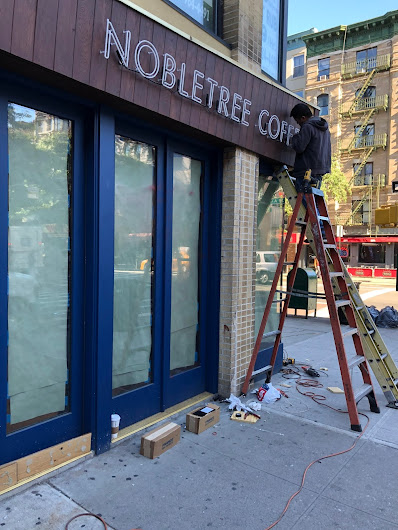 We mentioned last week that coffee of some sort was (probably) coming here. 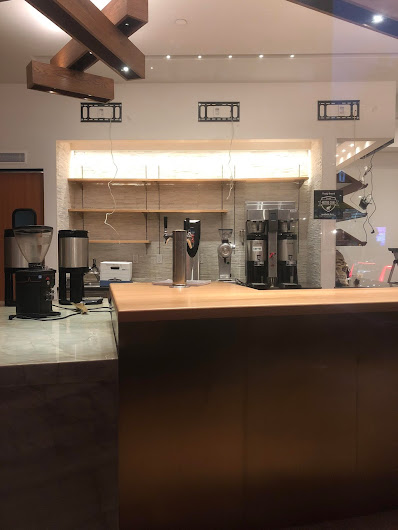 The Brooklyn-based Nobletree has several locations in NYC, including in the Dekalb Market Hall and Westfield World Trade Center.

Here's a small part for their about:

Nobletree’s name reflects the coffee tree’s alluring history and is a nod of respect to those who first transported coffee trees from their native home in Ethiopia to the tropics of the Atlantic. Today, Nobletree Coffee continues that tradition of respect by valuing everyone involved in growing, roasting, and preparing coffee as team members united in working toward the common goal of delivering a superior product to the most discerning consumers.

Nobletree is also affiliated somehow with the previous tenant, DF Mavens, the vegan ice cream shop that closed in January 2016 after opening in December 2014. (The coming soon signage arrived in October 2013.)

Before the Mavens, the prime corner space was the cafe Eastside Bakery (.net?). And there was Roastown Coffee before that. And the Gap a long time ago.

Previously on EV Grieve:
Coffee probably for St. Mark's and 2nd Avenue, and the rent is still due at the former DF Mavens

So DISAAPOINTED it is not going to be another Slurpy Noodle Shop from the Chinese provinces.

Who writes this drivel?

This corner is so dead that even the Crusties usually avoid it.

Oh please. Not another fucking coffeehouse. This isn't 2010 anymore.

I wonder who will take the space next year?