You've likely seen the Bronze Plaque on the building at 13th Street and University Place. 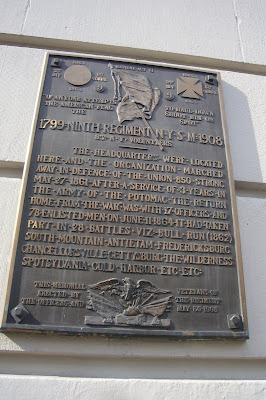 As Forgotten New York points out, this marks the spot of the headquarters of the old 9th Regiment where Lincoln once called for volunteers for the Civil War. The plaque was unveiled on May 30, 1908. "Less than a score of veterans stood in the rain as Maj. Dabney W. Diggs, who got his rank for real service, and Col. William F. Morris, the present commander of the regiment, addressed them, but there were 800 then in olive drab standing at attention."

The plaque bears this inscription:

"If any one attempts to haul down the American Flag shoot him on the spot."

The retail space on the ground floor has been vacant since the Futon Warehouse closed in the summer of 2007. Of late, the space has been home to a treasure trove of Snickers ad...those chewpid Snacklish ones... 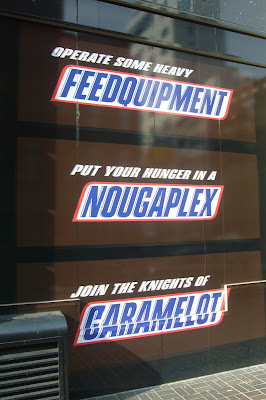 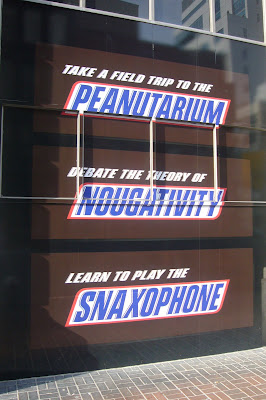 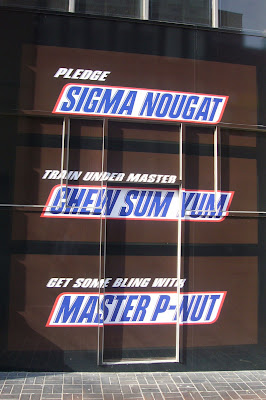 The space is still for lease for retail on the street level... 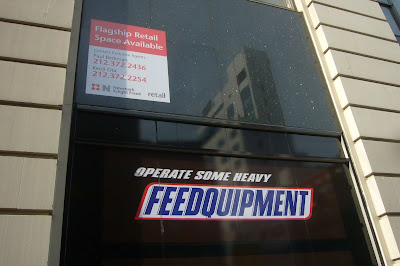 The 11-story building is home to the Amalgamated Lithographers of America, among other tenants. 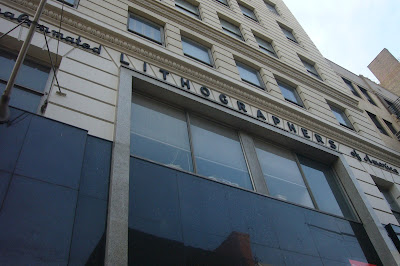 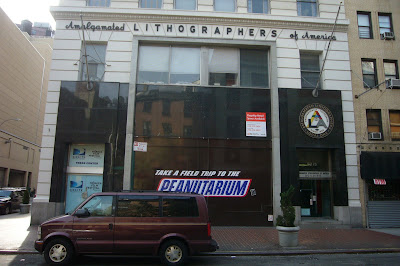 However, the Snickers ads have been removed. And the street-level space is being used again as the press office for the Tribeca Film Festival. 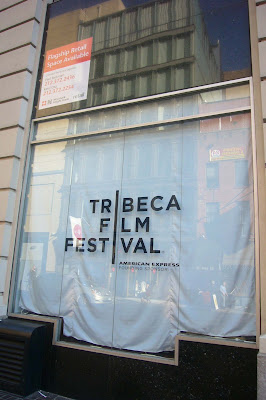