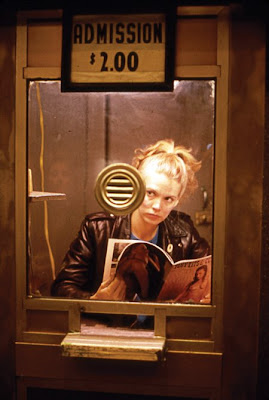 The Villager has a feature on the film in this week's issue.
Posted by Grieve at 6:52 AM

You ever read 'Variety Photoplays' a great poetry book by Edward Field from the 60s? Captures the mood of the city at the time, he's definitely underrated.

I love this film! Will Patton and Cookie Mueller are in it, among the luminaries mentioned above.

Patton, maybe best known as the bad guy in Desperately Seeking Susan, is a prolific character actor to this day on shows like 24, and a writer, too (he wrote a short-story chapbook for Richard Hell's CUZ Editions called "Lassitudes of Fire").

They are two of my favorites. I'd love to see the revival, but too bad I'll still be chained to my desk at that hour. Highly recommended if you can go, though!

Thanks for the comment, Ivv... I'd like to see this too in a theater... Don't have much faith in the rush tickets system, though...