What's happening at the Umbrella House?

There is plywood and a "store for rent" sign up at the Umbrella House, the former squat -- named for its leaky roof -- at 21-23 Avenue C between Second Street and Third Street. 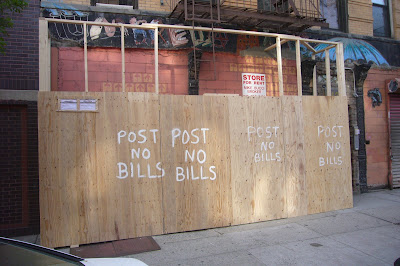 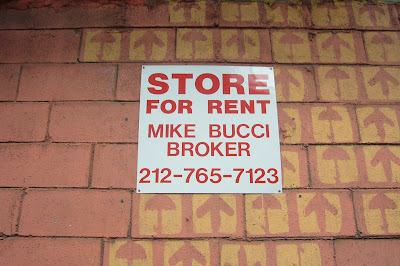 I was curious about what tenant might be coming to this space. I contacted the Urban Homesteading Assistance Board (UHAB), the nonprofit that has acted as a liaison between the tenants and the city throughout the renovation process of the former LES squats.

Here's what UHAB spokesperson Jess Wisloski told me: "Despite the for rent sign on the building, Umbrella has found a tenant -- a local barbershop is planning to expand their business. We hope to see it open for business in the next few months once their renovation of the space is complete." 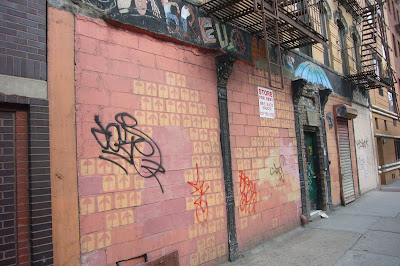 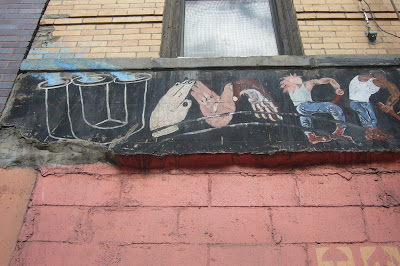 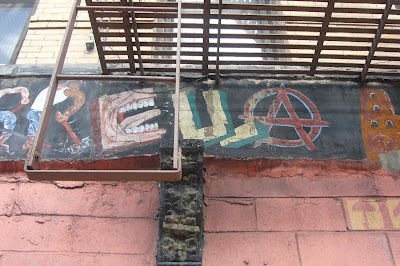 There's a lengthy, complicated backstory on the renovations of the former LES squats. Too much for a blog post. The Dec. 31-Jan. 6, 2009, issue of The Villager explores the issue in-depth in an article titled "Former squats are worth lots, but residents can’t cash in." An excerpt:

In a series of high-profile clashes — particularly on E. 13th and E. Fifth Sts. — the city forcibly evicted many of the squatters in the 1990s. But in 2002, City Hall took a radically new approach: Eleven of the 12 remaining East Village squats were sold for $1 apiece to the nonprofit Urban Homesteading Assistance Board. Under the agreement, the squatters, with UHAB’s guidance, would bring their buildings up to code within one year, then buy them — for just $250 per apartment — and the buildings would become permanently affordable, Housing Development Fund Corporation, or H.D.F.C., co-ops.

In a nutshell from the article, some homesteaders are upset that the lengthy renovations were financed with what they call unfair loans that have saddled them with debt. 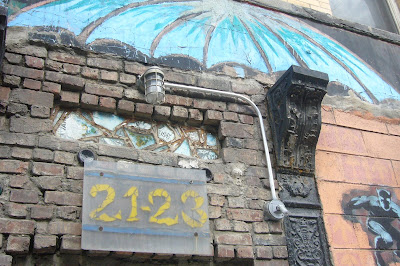 Despite some tension between the sides, a UHAB official told The Villager that "four to six of the former squats will be converted to co-ops sometime between now and February," with the Umbrella House being the first to convert.

I asked Wisloski about this timetable: "The Umbrella House has not converted yet, but we hope it will be in the next few months."

One question that I didn't ask: The owner of the barber shop will then pay his/her rent to the newly formed Umbrella House co-op? 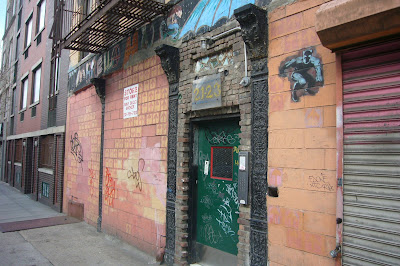 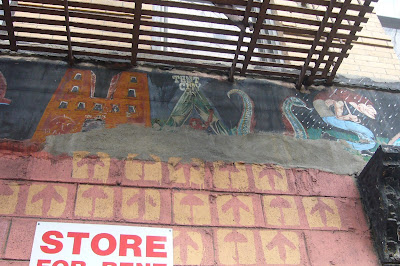 For further reading on the Umbrella House:
In Images, the Lower East Side of Starker Days (The New York Times)

Squatters' rights (City Limits)
The article has details on the three-day standoff in 1989 between the Umbrella House squatters and the city...with the cops blocking off C between Second and Third Streets...

That's for the info. I was wondering what was going on over there. Your friendly neighborhood C-Squatter!

Is C-Squat actively looking for a ground-floor tenant?

Not really actively. But looking a little. But if you hear or know of anyone tell them to stop by and ask. The building is a lot of people and coming to a decision is hard if you can tell. We will figure it out. Also thanks for checking out my stories. I am starting to get better with grammar but I was never good with the English language. I write how I talk if you know what I mean so it is a little chaotic. Thanks for reading and keep writing yourself I love it.

C Squat needs a store that sells vintage clothes in their community space. So I can shoplift from it and not get into trouble. If this sounds selfish...well, it's not.