What becomes of Pork Village during the swine flu pandemic? 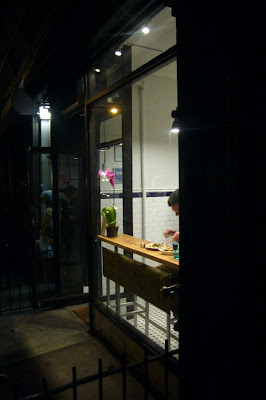 Back in December, the Times noted the following:

In the East Village, local cuisine is quickly whittling down to a single food: pig. With new pork-bun outlets and ramen shops, porchetta and hot dog specialists, plus bacon peanut brittle as a local bar snack (at The Redhead), the area is all bellied up.

On Tuesday, the Times had the following article titled "Pork Industry Fights Concerns Over Swine Flu." The lead: "The swine flu is producing global hesitation over eating pork."

The same article goes on the say:

Medical authorities say that people cannot contract the swine flu from eating properly cooked pork. There is no evidence so far that the people who are becoming sick were in contact with pigs. In fact, authorities are not even sure how susceptible pigs are to infection with the new flu.

Yesterday, amid fears of a global pandemic, I checked out the new East Village rendition of Baoguette — yet another entry in New York’s out-of-nowhere (but understandable) banh mi hysteria. But while normally I’d order their signature sandwich — a baguette stuffed with pork terrine, pate, and pulled pork, among other things — fears of sore throat, fever, coughing, vomiting, diarrhea, and possibly death overcame me. So I ordered the BBQ chicken. If swine flu paranoia is already stopping one New Yorker from porking out on a traditional banh mi, how long before the entire Saigon Sub industry feels the side effects of a possible pandemic?

Although he did go back the next day for the signature sandwich, he admitted.

Donning a mask, this intrepid reporter walked by Porchetta on Seventh Street (pictured, above, in a shot taken on another night) to see what was what. Three people were digging on swine inside. Another person was walking out with some pork to go.

P.S.
You no doubt already tested yourself to see whether you have swine flu.

P.S.S.
I'm wondering whether the business at Porky's may suffer too. 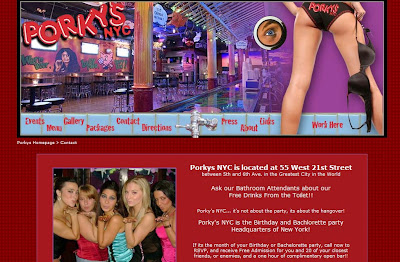 "i scream, you scream, we all scream for pork." remember those ads? now eerily relevant.

Pork is always appealing, cooked to no more than 150 degrees. This panic is engendered by 24 hour news stations with too much time to fill, compounded by psychotically overprotective parents who demand school be closed when someone sneezes. Breaking news: Poison ivy makes you itch. Joining us will be expert Dr. Smith Jones, telling us what you can do to protect your family from this growing threat.

As a few media critics have pointed out during this coverage: "If you scare people, they'll tune in."