Stiles on your dials 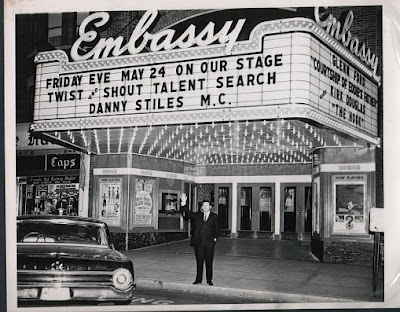 As a follow-up to yesterday's radio post... I mentioned this in the comments: I do enjoy listening to Danny Stiles on occasion. He has been on the radio since 1946, and will remind you of this many times over. "No one else is doing what I'm doing on the radio. This is your last man standing -- Danny Stiles."

Here's his schedule in NYC:

Or you can tune in anytime via his Web site.

If you're unfamiliar with him, Stiles plays American popular standards...Sinatra, Count Basie, Peggy Lee, Cab Calloway, Jack Jones, the Glenn Miller Band, Woody Herman, Al Hibbler, Morris Albert -- you get the idea. He doesn't care for much music made after, oh, 1960. (Except for maybe Herman's Hermits...) 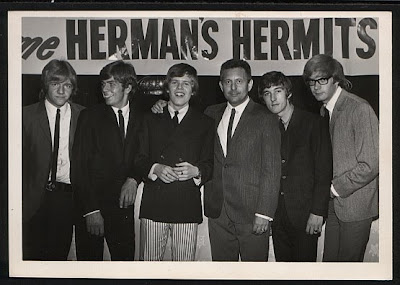 Sure, his jokes are bad and he's long-winded...but... I enjoy his stories. Talking about how no one stops to pick up a penny anymore. He sees people throwing them away sometimes! Then he'll say how he shared a bed with his brothers growing up. And wait till he starts on the kids with their CDs -- and worse! "Now, they download music right onto their eyeeee-pods. It's very technical." He plugs his sponsors -- John's Pizzeria, say -- often and with many details. "Hmm, and the marinara sauce!... It's the best pizza in the world!" He's also prone to calling himself a variety of nicknames: the Archangel of Archives, Ballaboos of Beautiful Ballads, Didactic Doctor of Dreamy Discology, Dean of Deja Vu, Great Guru of Golden Gramophones, Passionate Pasha of Peripatetic Platters... 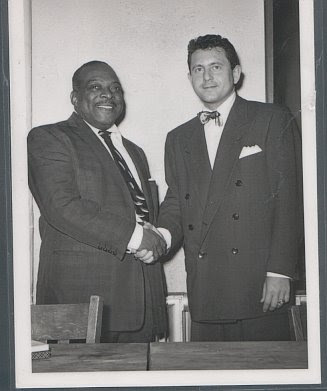 Finally, here's what he says about his favorite place in NYC, the Red Blazer: "A stunning, posh place. It's the former home of John Drew Barrymore, and an excellent spot for the Lindy Hop or slow drag with a pretty girl."
Posted by Grieve at 7:20 AM

thanks for fantastic post. Didn't know Stiles was still spinning. Lenny at Something Special still plays tapes of old Stiles shows all the time...where did you get those pics dude?

Thanks, Ken... I got the photos from his Web site:

He does play post 1960s stuff; you're just not listening often enough. I think I've been listening to Danny Stiles since 1981; I just adore him. Long-winded? In the sense that your grandfather was long-winded and then when he's gone you regret not paying enough attention to stories you won't hear from anyone else.

Thanks for the comment, BaHa... I guess I meant long-winded in an endearing way. You're absolutely right with the grandfather comparison. I love his stories/anecdotes, etc. One of a kind.

Danny Stiles is probably the single thing I miss most about not having a car any longer. Somehow, I would be stuck in my car on a long drive on a Saturday night right when he came on, and my husband and I would argue about whether his long discourse was entertaining or annoying, but we never changed the channel. That's because I win every argument and I'm always right.

NIce call Grieve, a NYC fixture, I actually listen to Danny in hopes that when I'm that age someone will listen to me. God bless him.

My favorite thing about this guy is that sometimes he sings along with the songs, either near the beginning or end. If anyone else did that it would annoy the crap out of me but when he does it, it's charming.