They don't work all that well.... at least the ones in the cheaper ($20!) 400-level seats... When I arrived at my seat Tuesday night, the ground was wet...which was a little odd given that the seats were covered by the roof. Anyway, the guys next to me were drinking beer. They seemed decent enough. Like, not the type to dump beer on each other. Anyway, I put my full beer ($10 for 20 ounces of Miller Lite — plus the souvenir cup!; or, 12-ounce drafts were available for $6) in the cup holder in front of me.

And now I figured it out. 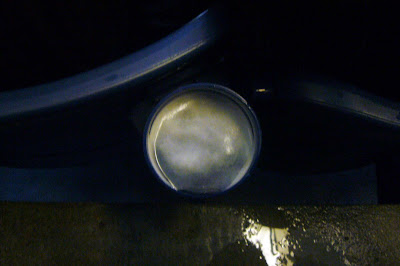 The cup holders are at a slight angle. And by placing a full beer in the holder, the first, oh, four ounces will slowly start trickling onto the ground. "We did the same thing," the guys next to me said. At these prices, they said it would be like throwing away gold. Or something. 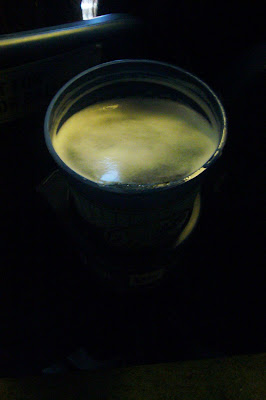 To combat this, you need to buy the 16-ounce plastic bottles of beer for $9. Or just hold your cup until your taken a few swallows.
Posted by Grieve at 6:59 AM