The day the classical music died 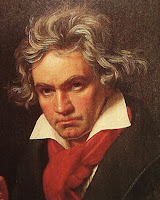 The cash-strapped New York Times may sell its classical radio station, WQXR (96.3), which it has owned since 1944. According to Page Six: "One interested party might be ESPN, which is said to want an FM outlet for its WEPN (1050 AM) sports programming, which includes Knick, Jet and Ranger games but can't be heard clearly in parts of the metro area."

Side note to the story:

"Several months ago, ESPN was reported to have talked with Emmis Communications about leasing low-rated rock station WRXP (101.9 FM), although no deal was made."
Posted by Grieve at 7:01 AM

the days of Idiocracy are upon us, indeed

This is the kind of news that makes me want to puke - a loss of the fine arts for more jock-promotion. Sad indeed.

I'm probably not as upset about this as I should be, as WQXR started cutting back broadcasting music in favor of NY Times promotion stuff and ads some years ago, so I gave up on the station.

Are there smaller cities that still have classical music radio stations, other than NPR?

I listen to both occasionally, my favorite time to listen is late late at night in the summer when there's a light drizzle outside. Just something about classical music and the sound of the rain coming down - very peaceful - compared to my usual listening materials.

I like classical music but listening to WQXR is just too depressing - every single ad is for the old and/or infirm! The only ads they seem to have are for things like cancer treatment centers, eldercare facilities, etc. Everything but denture paste, really. As for the NYT promotional stuff, maybe it depends on what time of day one listens but I've never heard much of it on there. They used to have RW Apple give a blustery little talk in the morning but he died years ago. If I were a NYT reporter I probably wouldn't want to spend a lot of time recording radio spots but still, they could make more interesting use of the station.

Thanks everyone for the comments... I actually haven't listened to WQXR in some time... I always liked the station and never minded the NYT stuff. Danny Stiles is a little more speed...

Stiles on yer dials! I love that guy.