The corner of Delancey and Attorney is ready for development

Last September, we did a post titled The last frontier on the LES? In which we wondered how long before Attorney Street would see more development. 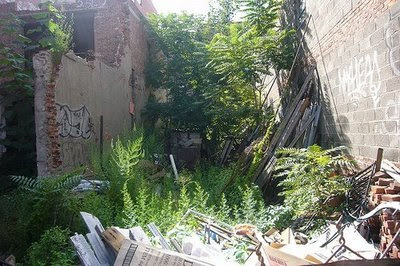 Maybe not much longer. As Patrick Hedlund reports in this week's issue of The Villager:

A prime corner property on the Lower East Side with residential development capabilities of nearly 20,000 square feet has hit the market with an asking price of $3.2 million.

The site, at 178 Delancey St. at the corner of Attorney St. near the Williamsburg Bridge entrance, allows for 13,500 square feet of development under the area’s new R8-A zoning designation.

Massey Knakal Realty Services has been retained to sell the 25-foot-by-100-foot site, which currently houses a vacant one-story structure.

Here's the corner for sale: 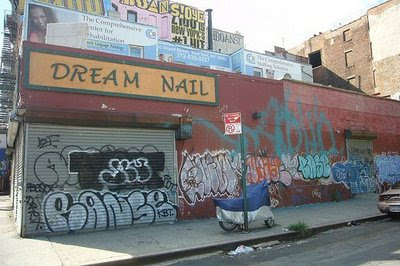 A commenter wrote the following on my post from last September:

i live on this block, and it's a nightmare. despite the downside of developments "taking away from the LES" i gladly welcome them to come into this street and build. it's better than what's currently there.

due to the traffic patter of attorney street (one way, dead end street, that's hard to get to) it welcomes petty crime from car break-ins, to building vandalism, and dumping in that abandoned lot.

nobody cares about the street, as evident by the torches motorcycles, piles of dog shit, and broken car glass littered throughout the sidewalk.

there have been two fires set in that abandoned lot in the past month. if that's not dangerous enough, the twisted scrap metal that hangs off the boarded-up entrance will surely put your eye out. Conveniently, this all occurs within 20 feet of an elementary school.

I have called 311, the police, and the department of sanitation over a dozen times, and nothing seems to get done. I would gladly welcome developers coming down and cleaning up that street - certainly the city is in no rush to do it.

a little late to the party, no? they should have sold a few years ago.

lived nearby once & had a friend on that block...ugly corner, but didn't feel particularly unsafe..plenty of activity close enough on delancey & clinton streets, bridge traffic...

Always were some good photo opps at the chicken coop.

I love that outdated Z100 ad with its pink background.

This is significant for two reasons.

First, its another example of developers skipping the "bohemain" phase of gentrification, and parachuting investment banker types directly into slums. For what its worth, the bohemian LES never extended this far east.

Second, the project is still going ahead despite the economic climate. Another sign that people still believe that the recession will be short.

Slightly off the topic, the nearby stretch of Clinton Street in the LES seems to have changed more than any other part of the city during the year I was away.

Prodigal son, I'd like to quibble with your points. First, the bohemian LES most certainly went this far east. Sin-é was on Attorney, though it's since closed. Tons of "bohemian types went there. Half the tenements on Attorney are filled with market rate hipsters.

Second what do you mean by "the project is still going ahead?" They put the listing up for sale. There is no mention of a project. People can put up whatever listings they want - doesn't mean somebody will buy it.

Third - while Clinton street certainly evolved very rapidly, it didn't happen in a year. 71 Clinton Fresh Food opened like 9 years ago, then Alias and AKA cafe, and it's been pretty steady ever since

Sorry for being a bit hyperbolic. I spent lots of time at Sin-e on Attorney, and at Parkside Lounge a block over, which is still going strong. You also have the Delancey which is well east of Clinton. I know people who lived in the area.

Still, walk a block west on Houston from Parkside today and you might as well be in East Harlem. My overall point is that past Clinton Street you were entering into a sort of frontier zone of the initial phase of gentrification. Also, generally developers let the bohemian scene marinate into the hipster scene and so on until moving in. I think what has changed is that you no longer have the intermediate period.

Between Rivington and Houston, Clinton Street now has a bar that could fit comfortably anywhere in the UES, and a number of upscale restaurants and tapas bars that weren't there in 2007, so I stand by my contention that the street has changed quite a bit in the last year.